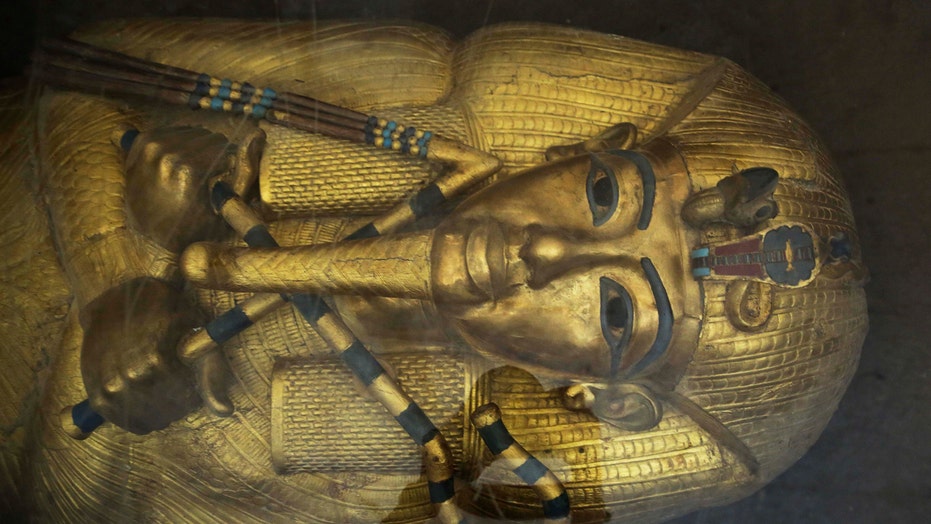 Related: Is this the face of Tutankhamun?

There is speculation that one of the hidden burial chambers could contain Nefertiti’s tomb. Archaeologist Nicholas Reeves, who participated in the study of King Tut’s tomb, wrote an article earlier this year in which he claimed that Tutankhamun’s tomb contains two hidden doorways.  The “ghosts” of the hitherto unrecognized doorways could lead to an unexplored western storage chamber and Nefertiti’s final resting place behind the chamber’s northern wall, he said.

Reeves argues that Tut, who died suddenly at the age of 19, may have been rushed into an outer chamber of Nefertiti's original tomb. Earlier this year the archaeologist told the Times of London that he discovered the bricked-up doorways after examining digital scans of the walls of Tutankhamun's tomb in the Valley of the Kings, across the Nile River from Luxor in southern Egypt.

National Geographic reports that, until Monday, Reeves’ theory had not been supported by a physical examination of the tomb. The archaeologist cited a line on the ceiling of tomb as evidence that it had once been a corridor and also noted a marked contrast in the different materials used in the same wall. Reeves hopes that further examination of the tomb wall will be conducted using radar equipment and thermal imaging. The scope of future investigations will very much depend on Egypt’s Antiquities Ministry – one of the proposed doorways is covered by a priceless wall painting, according to National Geographic.

Some archaeologists, however, believe the mummy of Nefertiti, fabled for her beauty, has already been found in a different tomb.

Nefertiti, who bore the titles "Lady of All Women" and "Mistress of Upper and Lower Egpyt" during her lifetime, ruled as the chief consort of the pharaoh Tutankhamun’s father Akhenaten in the late 14th century B.C.. She is believed to have died in around 1330 B.C., approximately seven years before the estimated date of Tutankhamun's death.

Last year a BBC documentary attempted to shed light on the life and death of King Tutankhamun, using state-of-the-art technology to perform a ‘virtual autopsy’ on his 3,000-year old remains. By using 2,000 Computerized Tomography (CT) scans of the pharaoh’s mummified body, scientists have created a full size computer-generated image of Tutankhamun. The virtual autopsy reveals that the boy king suffered from a genetic bone wasting disease and a club foot, making him unable to walk unaided. The research challenged the theory that Tutankhamun died in a chariot crash.