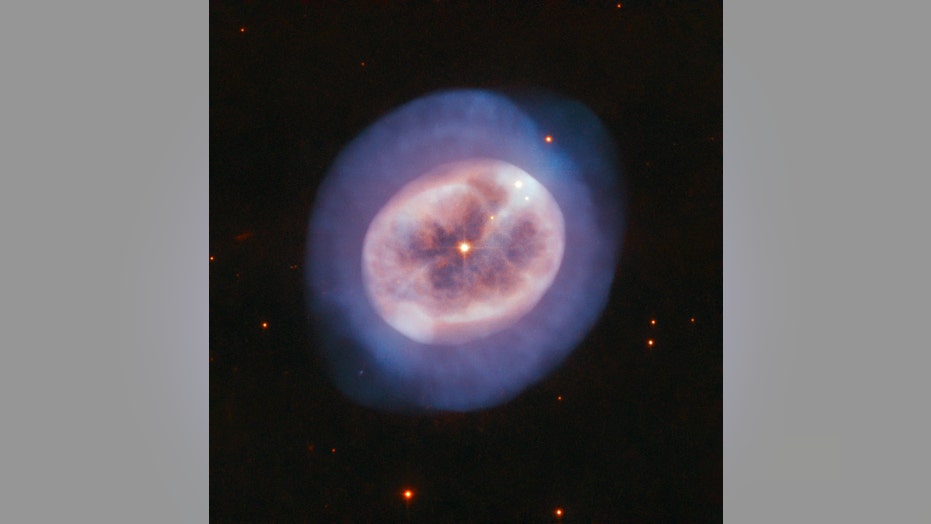 The Hubble Space Telescope has spotted a "jellyfish"-like star deep in space, located in the Orion constellation.

The space telescope snapped the picture of the star, known as NGC 2022, a so-called "red giant," showing the ancient star expanding to a size larger than our sun.

"When stars like the sun grow advanced in age, they expand and glow red," Hubble representatives wrote in a statement. "These so-called red giants then begin to lose their outer layers of material into space. More than half of such a star's mass can be shed in this manner, forming a shell of surrounding gas. At the same time, the star's core shrinks and grows hotter, emitting ultraviolet light that causes the expelled gases to glow."

Although it looks more like an entity seen through a microscope than a telescope, this rounded object, named NGC 2022, is certainly no alga or tiny, blobby jellyfish. Instead, it is a vast orb of gas in space, cast off by an aging star. (Credit: ESA/Hubble &amp; NASA, R. Wade)

"The star is visible in the orb's [center], shining through the gases it formerly held onto for most of its stellar life," they added.

The core of NGC 2022 is in the center of the image, glowing a bright yellow-orange. The layers of gas give off the pink and purple wavelengths detected by the Hubble.

The star is known as a planetary nebula (a name given to these types of celestial bodies by astronomers in the 17th and 18th centuries), despite having nothing to do with planets. "The name derives from the rounded, planet-like appearance of these objects in early telescopes," the statement added.

The image was released Aug. 12.