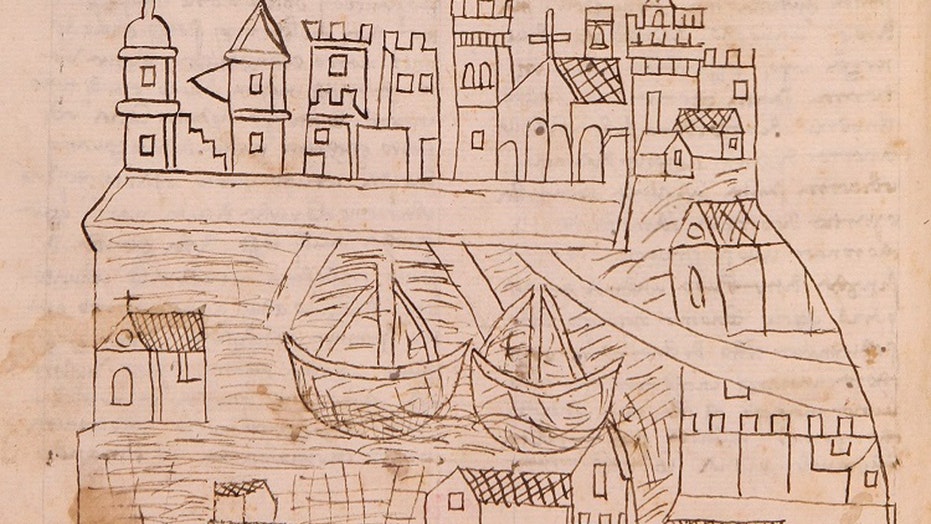 A newly discovered drawing from a 14th-century "Italian pilgrim" is the oldest drawing of Venice, a city that was once home to some of the most renowned artists in history.

The drawing, discovered by University of St. Andrews researcher Sandra Toffolo, was drawn by Italian pilgrim Niccolò da Poggibonsi, who traveled back-and-forth from Jerusalem from 1346 to 1350, stopping in Venice along the way.

“The discovery of this city view has great consequences for our knowledge of depictions of Venice, since it shows that the city of Venice already from a very early period held a great fascination for contemporaries," Toffolo said in a statement.

Fox News has reached out to Toffolo for further comment.

Toffolo discovered the drawing in May 2019 while working on her monograph, "Describing the City, Describing the State. Representations of Venice and the Venetian Terraferma in the Renaissance," set to be published later this year. Da Poggibonsi also wrote about Venice in his manuscript, Toffolo added.

The sketch predates all other views of the city, save for maps and portolan, or ancient nautical charts, according to Toffolo. The oldest map of the city was drawn by Fra Paolino, a Franciscan friar from Venice, dating around 1330.

Toffolo also noted that a number of small pinpricks made on the original manuscript image could mean that it was widely circulated.

“The presence of these pinpricks is a strong indication that this city view was copied," she added. "Indeed, there are several images in manuscripts and early printed books that are clearly based on the image in the manuscript in Florence."