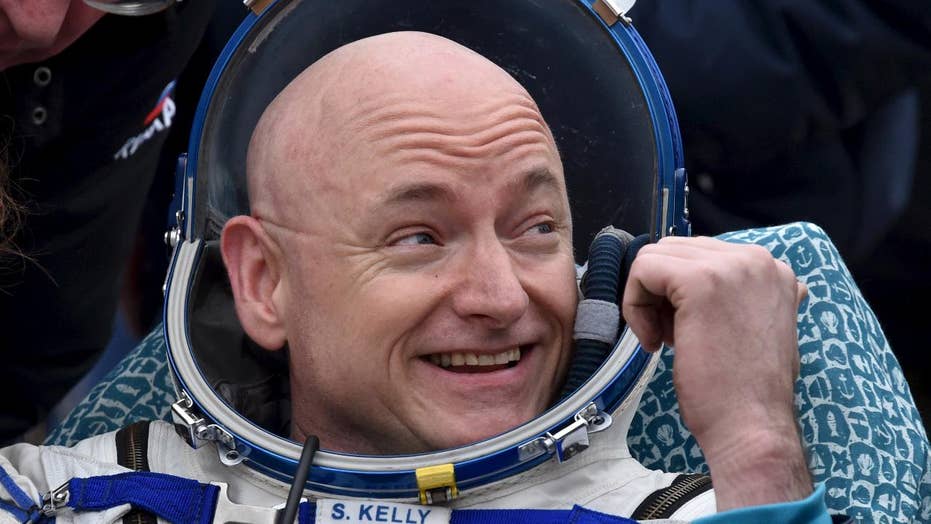 Two years after his historic return from the International Space Station (ISS), astronaut Scott Kelly’s year on the orbiting space lab continues to be a source of fascination.

Recently, attention has been focused on the changes that occurred in Kelly’s DNA during his time in space and whether his genetic makeup was permanently altered or not. Kelly returned to Earth after his 340-day stay in March 2016 and retired from NASA later that year.

During his time on the ISS, Scott took part in a study with his twin brother Mark back on Earth. Scientists studied the differences between Scott and Mark, who was also an astronaut at the time. The brothers provided blood, saliva and urine samples, underwent ultrasounds and bone scans, got flu shots and more, all in the name of science.

ASTRONAUT SCOTT KELLY: MY INCREDIBLE YEAR IN SPACE AND THE 'CRAZY RIDE' BACK TO EARTH

Scientists confirmed the preliminary findings of the Twins Study earlier this year. “Researchers now know that 93 percent of Scott’s genes returned to normal after landing,” explained NASA in a statement released on Jan. 31. “However, the remaining 7 percent point to possible longer term changes in genes related to his immune system, DNA repair, bone formation networks, hypoxia, and hypercapnia.”

Identical twin astronauts, Scott and Mark Kelly, are subjects of NASA’s Twins Study. Scott (right) spent a year in space while Mark (left) stayed on Earth as a control subject. Researchers looked at the effects of space travel on the human body. (Credit: NASA)

Scott Kelly himself also discussed the DNA changes during a recent interview with Fox News.

So, is he still an identical twin or not? Following widespread media coverage that a portion of Scott Kelly’s DNA was permanently changed by his year in space, NASA updated its Jan. 31 statement on March 15.

ASTRONAUT SCOTT KELLY: HOW I WENT FROM BAD STUDENT TO SPACE STAR

“Mark and Scott Kelly are still identical twins; Scott’s DNA did not fundamentally change,” it said. “What researchers did observe are changes in gene expression, which is how your body reacts to your environment. This likely is within the range for humans under stress, such as mountain climbing or SCUBA diving.”

NASA added that the ‘gene expression’ impact was relatively small. “The change related to only 7 percent of the gene expression that changed during spaceflight that had not returned to preflight after six months on Earth,” it said in its statement. “This change of gene expression is very minimal.”

The astronaut became the first American to spend 12 consecutive months in space when he completed his epic 340-day stint on the ISS.

ASTRONAUT SCOTT KELLY BACK ON EARTH AFTER YEARLONG SPACE MISSION

Kelly’s year in space is an important stepping stone for the longer missions required to reach Mars. The space agency’s goal is to send a manned mission into low orbit around the Red Planet in the 2030s. However, the epic roundtrip journey could take 2½-years and scientists are keen to weigh the potential impact of long-term missions on astronauts’ bodies and minds. Exposure to radiation will also pose a risk to astronauts on Mars missions.

“We are at the beginning of our understanding of how spaceflight affects the molecular level of the human body,” said NASA, in its updated statement. “NASA and the other researchers collaborating on these studies expect to announce more comprehensive results on the twins studies this summer.”

Kelly served as a Navy fighter pilot and test pilot prior to his selection by NASA in 1996. The Orange, NJ.-native went on to become a Space Shuttle pilot and commander and had two stints on the ISS.