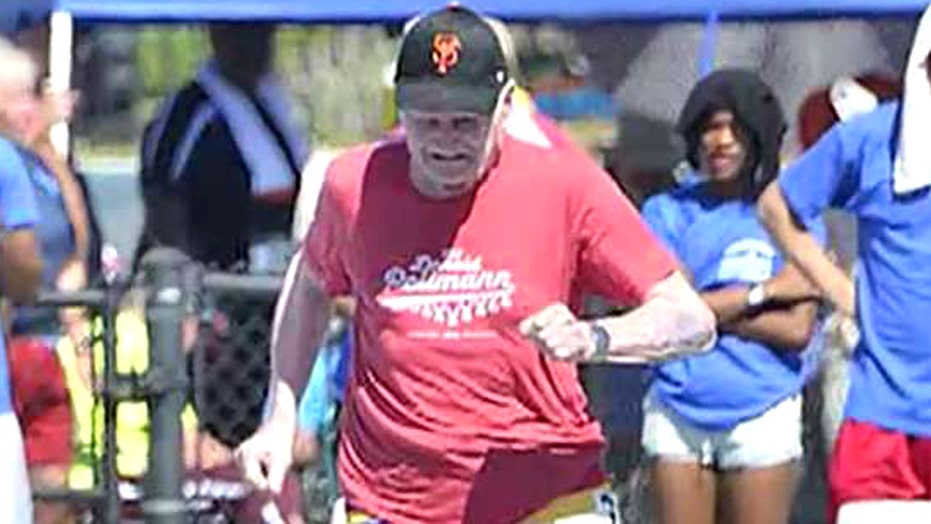 Don Pellmann: I guess I have pretty good genes

Don Pellmann, the incredible 100-year-old athlete who broke 5 world records at the Senior Olympics, has another stunning achievement under his belt – he worked on NASA’s Apollo program.

Pellmann told FoxNews.com that he worked for AC Electronics, a division of General Motors that provided some of the parts for the Apollo program’s guidance and navigation systems.

“That was the highpoint of my career,” he said Tuesday. “It’s amazing that we had such great engineering accomplishments such a long time ago,” he added.

As the supervisor of AC Electronics’ tool room and model shop in Oak Creek, Wis. Pellmann oversaw the production of parts for accelerometers and gyroscopes, working in co-operation with MIT. “It was a minor part of the program, but a very important part,” he said. “We had some of the finest mechanics and some of the finest machines available.”

Working more than 1,000 miles from Cape Canaveral, Fla., Pellmann told FoxNews.com that he never met any of the astronauts involved in the historic Apollo missions, but still feels immense pride in the program’s achievements. “It was an amazing thing – I still think of it as the greatest engineering feat in the history of the world,” he explained.

So, how did he feel watching the epic Apollo 11 moon landing? “It was very exciting and I was very apprehensive because I realized that anything that could go wrong would be fatal for the astronauts,” he said.

During an interview with Fox News Tuesday, the centenarian explained that he first took part in the Senior Olympics in 1970 after his retirement, and now has 895 medals to his name, only five of which are not gold.

“People ask me what do you attribute your success [to] and I can say four words: ‘eat sensibly and exercise’ – those are the things that you have to do,” he explained. “Eat sensibly, keep your weight down, and exercise every time you get a chance.”