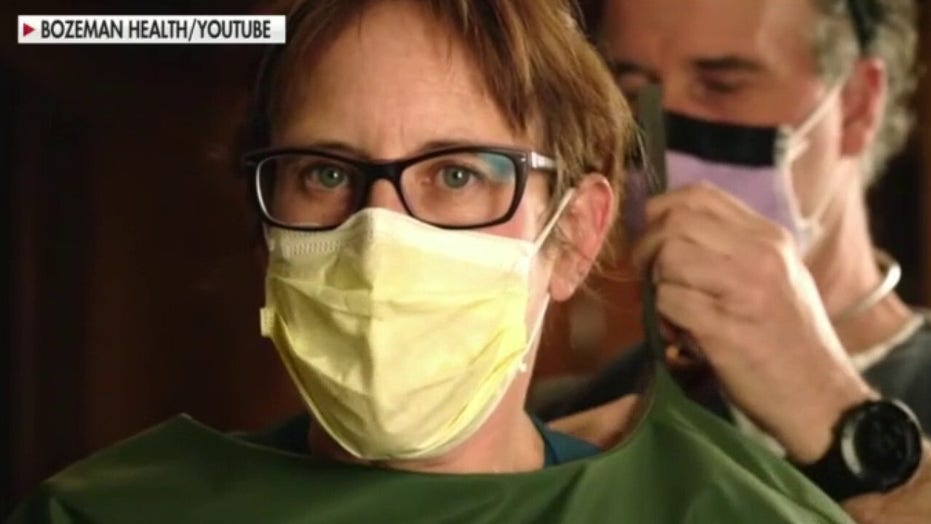 Finding the bright side in the COVID-19 pandemic

'Inside Edition' correspondent Megan Alexander shares positive stories from across the country on charity efforts during COVID-19.

With mass lockdowns in place across the globe, the coronavirus pandemic is having a major impact on pollution, according to experts.

“In California, the shutdown of businesses and activities related to #COVID19 has led to a decrease in nitrogen dioxide concentration,” tweeted NASA on Monday.

“Nitrogen dioxide emissions come from cars and are a precursor to pollution known as PM2.5, or particulate matter smaller than 2.5 microns, which is hazardous to human health. As business and economic activities slowed over March, concentrations of NO2 decreased alongside them,” NASA added in a subsequent tweet.

“Preventative measures recently adopted to prevent further spread of COVID-19 in the U.S. have prompted an overall slowdown in economic activity and fewer vehicles on the roadways,” said Dr. Aaron Naeger, lead aerosol scientist at NASA SPoRT (Short Term Prediction Research and Transition Center) in a blog post. “Since combustion engine powered vehicles can represent a major source of nitrogen dioxide (NO2) emissions, less traffic on the roadways may lead to a significant reduction in NO2 concentrations and, as a result, fine particulate matter.”

In California, a UC Riverside researcher has also noted that the reduction in evening nitrogen oxide levels has brought higher levels of nighttime ozone to the Inland Empire.

“In theory, less NOx should lead to less ozone. The real chemistry is far more complex. NOx can both produce and consume ozone. The chemical reactions that extinguish ozone occur mostly at night,” explained UC Riverside in an article on its website. “Without the Inland Empire’s fresh afternoon and evening rush hour emissions, these reactions are not clearing ozone from the air at the rate seen before the shutdown.”

As a result, there is now more pronounced nighttime ozone in places like San Bernardino. While the data from the California Air Resources Board’s Air Quality and Meteorological Information System database are preliminary, they do point to a shift in atmospheric chemical processes in California’s South Coast Air Basin, according to UC Riverside.

“March 2020 ozone levels aren’t much different when considering the daily averages from 2017-2020,” said Cesunica Ivey, assistant professor of chemical and environmental engineering at UC Riverside, in the article. “It’s the daily ozone swings that have changed, which is directly a result of the shutdown.”

Greenhouse gas emissions are in the spotlight amid the coronavirus pandemic. In early March, satellite images from NASA and the European Space Agency spotted an enormous decline in airborne pollutants, specifically nitrogen dioxide (NO2), in large areas of China.

The coronavirus first emerged in December in the Chinese city of Wuhan.

In the U.K., a recent report by solar power specialists The Eco Experts estimates that the country’s CO2e (carbon dioxide equivalent) emissions are set to drop by 28.22 million tonnes over the 12-week period following the implementation of social distancing measures on March 19.

As of Tuesday morning, at least 1.36 million coronavirus cases have been diagnosed worldwide, at least 369,069 of which are in the U.S. The disease has accounted for at least 76,507 deaths around the world, including at least 10,993 people in the U.S.