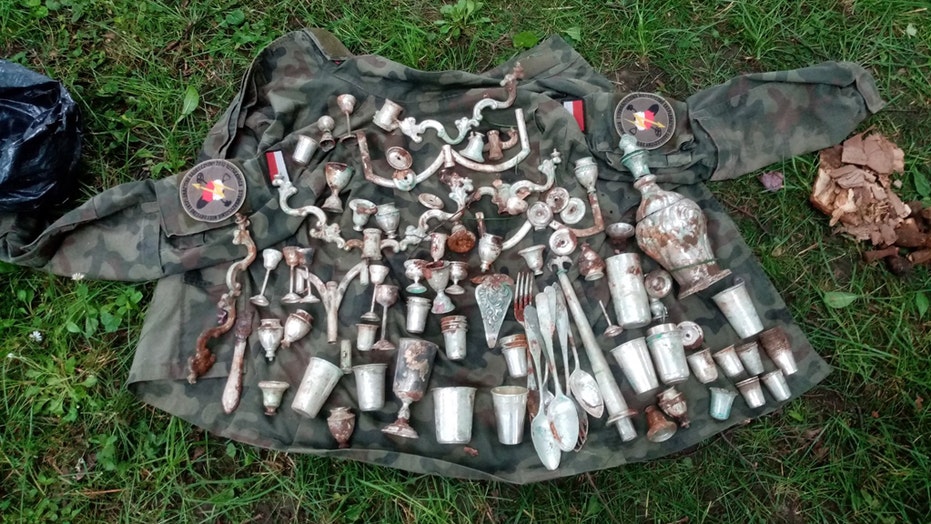 Experts have discovered a long-lost chest full of silver in a 600-year-old castle that was used by the Nazis in World War II, according to a media report.

The items were discovered in the Nowy Sącz Royal Castle, which dates back to the 14th century, The First News reported. The news outlet notes that the castle was occupied in June 1941 by the Germany army, which turned it into a barracks and ammunition depot, while simultaneously creating a ghetto in the town for 20,000 Polish Jews.

“We started to extract the paper delicately, which appeared first," Stanisław Pustułka, the lead expert and the one who made the discovery, told the news outlet. "It was in very poor condition. After a while, we saw silver, a lot of silver.”

Included in the 103 silver objects that were discovered were homeware, including goblets and cutlery. They were primarily made in Austria or Poland, the news outlet added.

"It is Judaica, probably from the turn of the 19th and 20th century, connected to Jewish ritual and was probably buried during World War Two," local archaeologist Bartłomiej Urbański said in an interview with The First News. "Is it connected with the buildings that used to be in this part of the city, or was it stolen by the Germans, who were then unable to take it away?"

The castle was "liquidated" in August 1942, with the entire Jewish population eventually sent to the Bełżec concentration camp.

A few years later, Polish soldiers blew up the ammunition depot, which almost collapsed and completely destroyed the castle.

The treasure, which was discovered by the Nowy Sącz Historical and Exploratory Association, will be given to the archaeologists to properly catalog and display in a local museum.

Earlier this month, a Nazi-linked diary that may contain the location of a treasure worth billions of dollars garnered attention for a map it may contain.