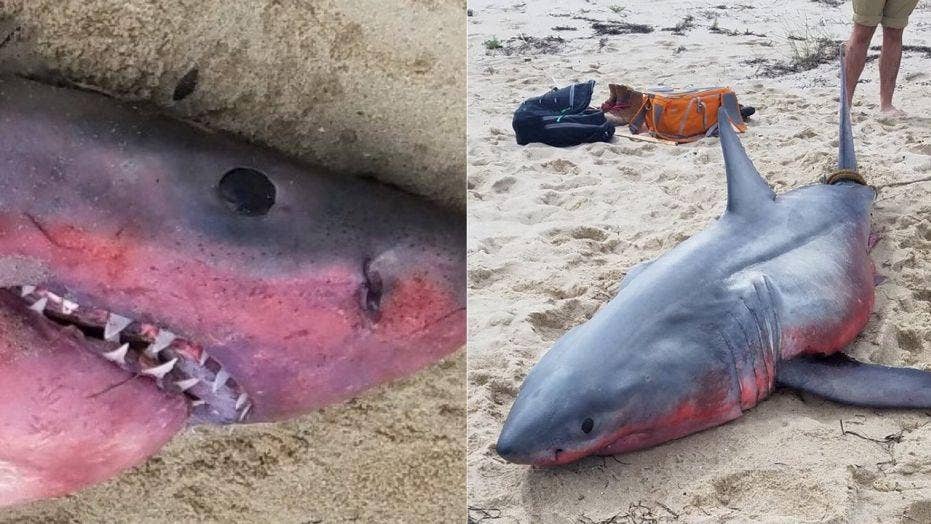 A great white shark was discovered washed up on a beach in Massachusetts with a red hue on its face and underbelly.

A 9-foot great white shark with a red hue on its face and underbelly was found dead on a Massachusetts beach Thursday, officials said.

A Massachusetts Environmental Police officer responded to the call of the shark washed up on the beach in Truro, authorities said. The Center for Coastal Studies and the Atlantic White Shark Conservancy assisted police in their investigation.

A necropsy performed on the shark to determine how it died revealed the animal had three lead weights inside of it, the Atlantic White Shark Conservancy wrote in a Facebook post.

Police didn’t say what killed the shark or how the shark got its red hue. The conservancy said it washed ashore near the Pamet River.

Great white sharks have been prevalent in the Truro area recently.

A New York man was bitten by what authorities believed to be a great white shark earlier this month. He received puncture wounds to the torso and a leg.