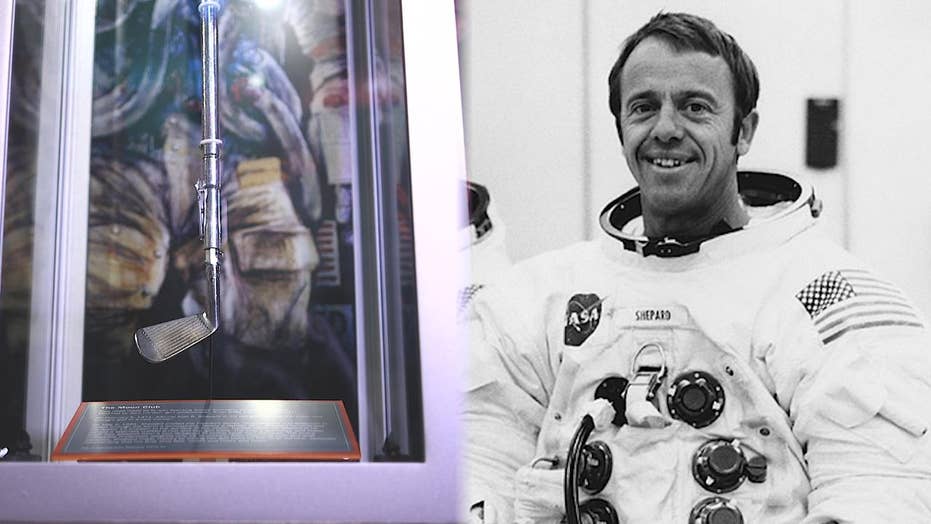 The ingenious journey that Astronaut Alan Shepard had to take to sneak a golf club and golf balls into space and onto the moon.

When you think of golf, legendary players like Jack Nicklaus, Arnold Palmer, Tiger Woods and Bobby Jones may come to mind. None of those legends, however, hit arguably the most fabled shot in history. That distinction belongs to a NASA astronaut.

Apollo 14 commander Alan B. Shepard hit two golf balls on the surface of the Moon on Feb. 6, 1971. Shepard talked to the United States Golf Association (USGA) about those infamous shots. “I shanked the first one; it rolled into a crater about 40 yards way,” said Shepard. “The second one, I kept my head down. I hit it flush and it went at least 200 yards.”

What is little known about the famous shots is that they almost didn’t happen.

Shepard’s Apollo 14 mission came right after the ill-fated Apollo 13 mission where an oxygen tank exploded causing the astronauts to scramble to return safely to Earth. Maggie Lagle, a historian for the USGA, told Fox News that NASA did not have a sense of humor after Apollo 13 and would not have let Shepard take a golf club on the mission, so Shepard snuck a club and balls into space with him. “It was a pretty big deal for him to sneak the club-head and golf balls into space!” said Lagle.

How he managed to get them into space was an ingenious affair.

According to Lagle, the only two men who knew about the club were Shepard and Jack Harden, a golf pro at River Oaks Country Club in Houston.

Harden helped Shepard modify a standard 6-iron head of a Wilson golf club. The men attached it to a versatile tool astronauts use to scoop soil and rock samples from the Moon’s surface. Shepard hid two golf balls in a sock and tucked the club head into his spacesuit.

As Shepard and Astronaut Edgar D. Mitchell were exploring the lunar surface, Commander Shepard took his chance and attached the club head to the tool and hit his two balls. Shepard described his shots as “one-handed chili dips” because he did not have a big range of motion in his space suit to execute a full swing.

The journey of Shepard’s makeshift club does not end on the Moon.

Singer Bing Crosby helped convince Shepard to donate his club to the USGA’s museum in New Jersey. “Alan was a very avid golfer and he would actually participate in the Bing Crosby golf tournament,” said Lagle. “Since the USGA had a really good relationship with Crosby, he had actually had a few conversations with Shepard and it was determined that the club would come here to us.”

There is a replica of Shepard’s club at the Smithsonian’s National Air and Space Museum.

Emily DeCiccio is a video producer and writer for Fox Digital Originals. Follow her on Twitter @EmilyDeCiccio