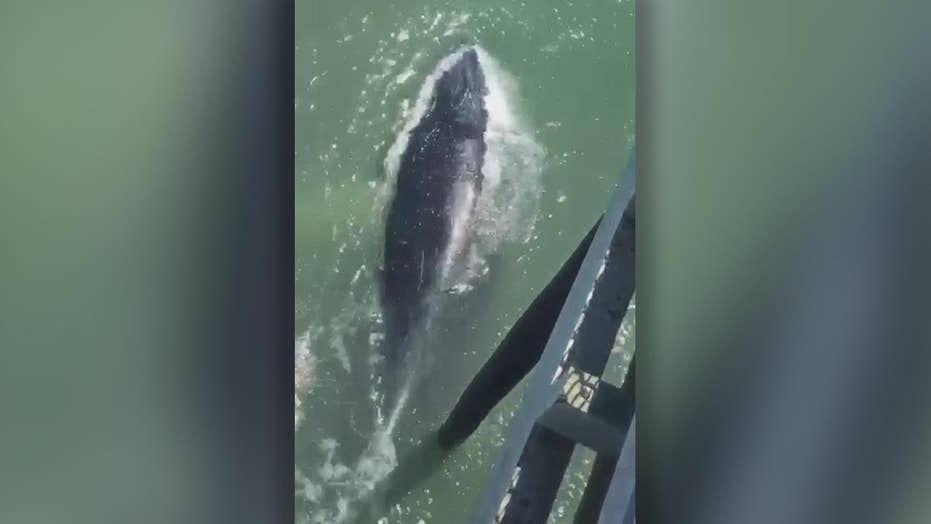 A man fishing off of a pier in Maryland had an unexpected encounter with a whale during a fishing trip last weekend.

Troy Bickle, 25, of Lebanon, Pennsylvania, was fishing with his father and brother when he noticed a whale “coming toward us,” he told Fox News on Friday.

Shortly after, the whale “came out of nowhere” he said, adding that it slightly emerged from the water and bumped into the pier.

This was the first time Bickle had ever seen a whale in person. He was surprised the animal came so close to shore.

“It was pretty exciting; you don't really see that too often,” he said. “Not many people see a whale [in person] in their lifetime.”

Bickle later posted the video to the Ocean City Cool Facebook group. As of Friday afternoon, the video had more than 5,000 likes and 13,000 shares.