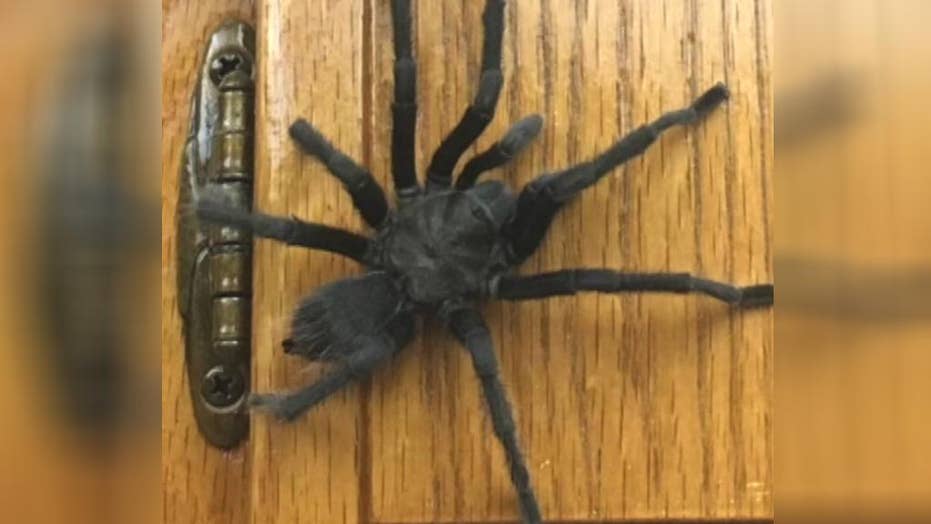 California family discovers a tarantula in the kitchen

What has eight legs and wants to cook?

A tarantula on a kitchen cabinet.

A Scripps Ranch family was shocked to see a tarantula on their kitchen cabinet on August 1.

“All I wanted was a snack," 19-year-old Hannah Dafferner told Fox 5 San Diego. Dafferner first spotted the the spider, but didn't think it was real initially. “It didn’t move at first. I thought my sister put a Halloween decoration there or something. Then it moved its leg. I screamed bloody murder."

The tarantula is described as being a three to four inch male.

After the initial shock, Hannah's father came to the rescue, using a pitcher to capture the spider.

“It really cooperated. I think it was afraid of all the screaming,” her dad said.

The eight-legged story spread around the neighborhood after the Dafferner family posted pictures to Facebook. They then received a message from a 9-year-old girl in the neighborhood asking if she could have the giant arachnid.

“The private message was ‘can we have it?’ Who am I to say no?" Hannah's mom, Alli Dafferner said to Fox 5 San Diego. "Happily.”

Tarantulas are known to live in San Diego County and throughout Southern California.

Males can require between 7 and 10 years to reach maturity, but only live a few months after reaching maturity. Conversely, females can live up to 25 years.