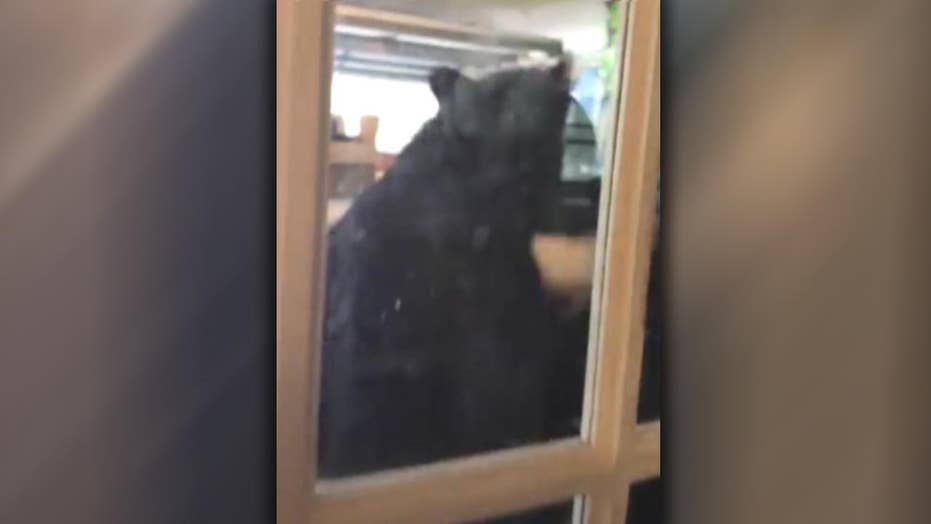 Bear gives homeowner quite a scare in Florida

Sightings of the wild animals on the rise in DeLand, Florida neighborhood as animals prepare for hibernation season.

A Florida man was in for quite a surprise Monday when he looked into his garage and spotted a large black bear going through his stuff.

Brad Tamm told FOX 35 Orlando he was on a conference call when he spotted the bear through a thin glass door of his Longwood home.

"He's already standing up on his hind legs, he's got the refrigerator doors open and he's checking out the coolers up top," Tamm said.

THIS BEAR'S TONGUE WEIGHED AS MUCH AS A NEWBORN HUMAN

Tamm then started tapping on the glass window, and yelled "get out of here" to scare the bear away and into nearby woods.

In the past week there have been an uptick in bear sightings across Central Florida.

Bear experts told FOX 35 as colder temperatures move in, the animals are trying to stock up on food before going into hibernation.

BEAR DIES AFTER PLUMMETING FROM HELICOPTER

"I'm thinking he's big enough to hurt somebody," he said.