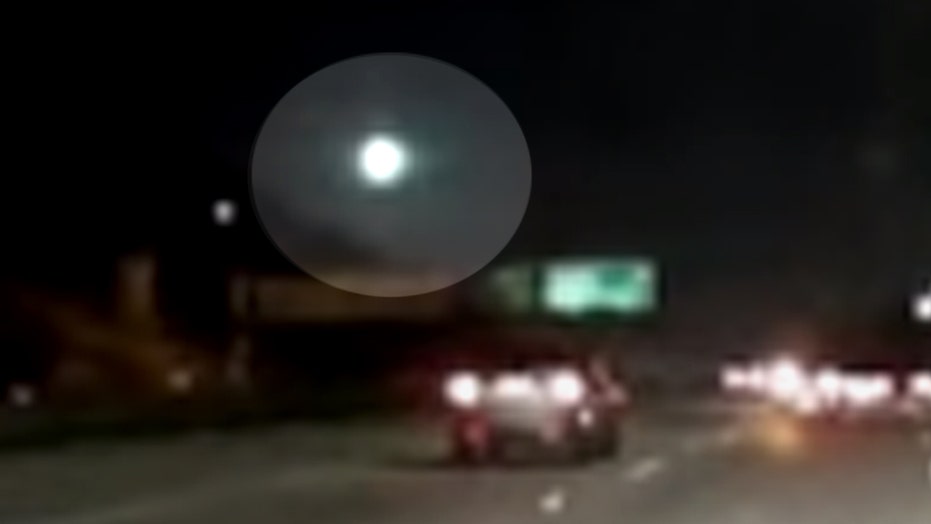 Mysterious flash of light streaks across sky in Los Angeles

A bright fireball shot through the sky on Tuesday night in southern California, a dramatic sight captured on video.

“The camera doesn't quite capture quite how spectacular this one was,” reads a post on a YouTube video showing the fireball. “Watching it happen, it looked like it was going to reach the ground.”

The American Meteor Society said that it received more than 125 reports of the event, which occurred around 9:40 at night. They describe it as a fireball, defined as a “very bright meteor,” which is what happens when a space rock burns up in Earth’s atmosphere. They estimate the object’s trajectory as taking it over the Pacific Ocean, near the California coast. The green ball of fire was reportedly visible from near Mexico to north of Los Angeles.

Related: Fireball meteor exploded over the Atlantic earlier this month

However, the fireball pales in comparison to one earlier this year. On Feb. 6, another fireball was detected in the South Atlantic, about 19 miles over the ocean, according to a Twitter post by Ron Baalke, a scientist with NASA’s Jet Propulsion Laboratory. That event had a calculated total impact energy of 13 kilotons, NASA reports— the most powerful meteor on record since 2013.

The dramatically stronger Feb. 15, 2013 event, in which a meteor streaked across Russia and exploded, packed a punch of 440 kilotons, according to NASA. The shock wave from that historic explosion broke windows, damaged property, and caused over 1000 injuries.

In January NASA announced the creation of a new Planetary Defence Coordination Office.