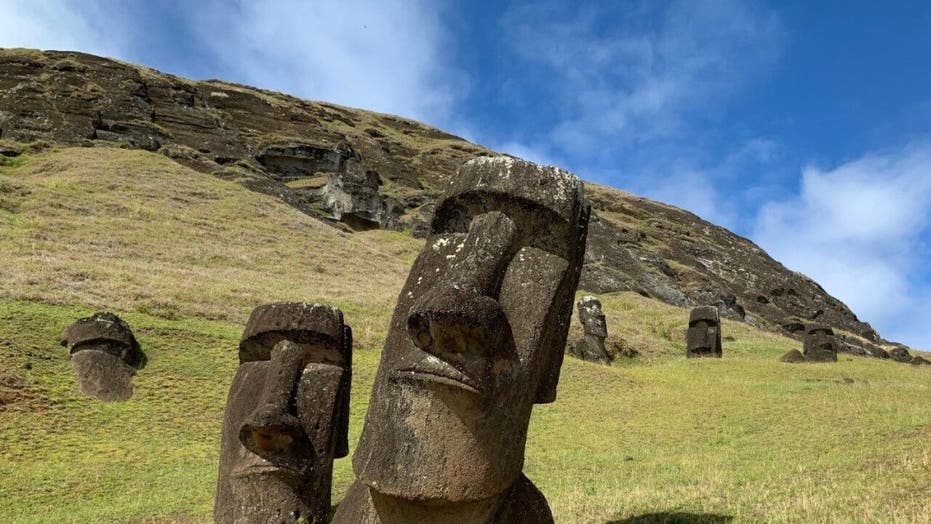 The study, published in the scientific journal Nature, found DNA markers that started around the year 1150 and cited that as evidence for their conclusion. It also explains why American sweet potatoes have been found in Polynesia.

“Genomics is at a stage where it can really make useful contributions to answering some of these open questions,” said the study's lead author, Alexander Ioannidis, a postdoctoral scholar at Stanford, in a statement. “I think it’s really exciting that we, as data scientists and geneticists, are able to contribute in a meaningful way to our understanding of human history.”

Genetic samples for the study were taken from inhabitants of South America, Mexico and Polynesia, including Easter Island, home to these famous statues. (Credit: Alexander Ioannidis)

The researchers looked at saliva samples from 807 people on 17 Polynesian islands and 15 Native American groups along the Pacific coast of the Americas from Mexico to Chile, to come up with their findings.

“We found identical-by-descent segments of Native American ancestry across several Polynesian islands,” Ioannidis added. “It was conclusive evidence that there was a single shared contact event.”

It's possible the Native Americans sailed to Polynesia on a raft similar to the Kon-Tiki, which was used by Norwegian explorer Thor Heyerdahl in 1947 to sail from Peru to the Polynesian Islands, the BBC reports.

The presence of the sweet potato in Polynesia has longed stirred a debate, given the fact the word is also prevalent in the Polynesian language.

GLOBAL WARMING OVER PAST 150 YEARS HAS WIPED OUT 6,500 YEARS OF COOLING, STUDY SAYS

“The sweet potato is native to the Americas, yet it’s also found on islands thousands of miles away,” Ioannidis stated. “On top of that, the word for sweet potato in Polynesian languages appears to be related to the word used in Indigenous American languages in the Andes.”

The interaction between the two groups has longed caused debate among the scientific community, but Ioannidis added that he hopes the research will put that debate to rest.

“If you think about how history is told for this time period, it’s almost always a story of European conquest, and you never really hear about everybody else,” Ioannidis explained. “I think this work helps piece together those untold stories – and the fact that it can be brought to light through genetics is very exciting to me.”