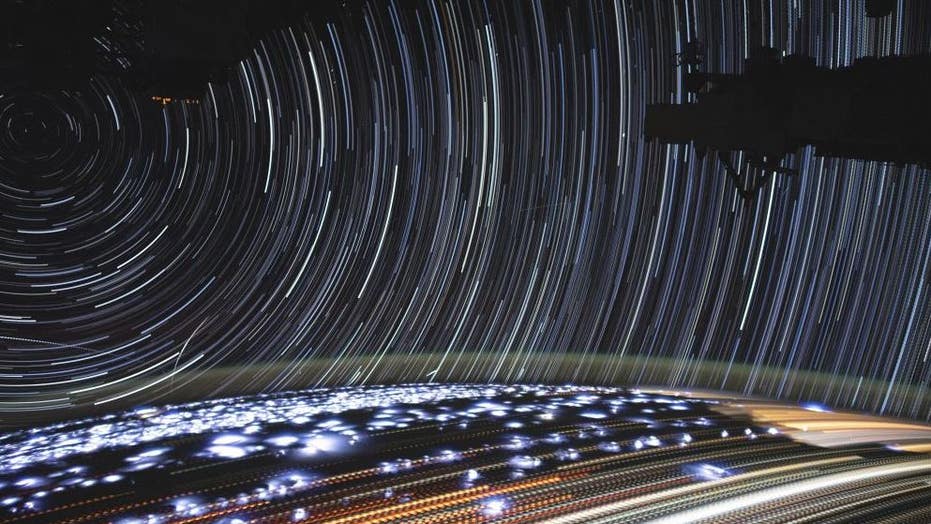 A stunning time-lapse captured by the International Space Station shows the Earth, stars and even events like thunderstorms and wildfires.

The time-lapse was created from a total of 400 photographs over the course of 11 minutes as the ISS traveled from Namibia toward the Red Sea, according to NASA.

NASA astronaut Christina Koch, who tweets about her experiences on the International Space Station and recently partook in the first all-women spacewalk, captured the images.

The circular streaks in the image are star-trails, while the thinner dotted lines with darker orange hues are fires burning across Angola and the Democratic Republic of Congo.

Toward the north, one can see thunderstorms covering much of central Africa.

According to NASA, one of the most striking features of the image are the star trails encircling the background around a point in the upper left corner of the image.

“This point is essentially normal (perpendicular) to the ISS orbital plane, directly out of the port side of the vehicle based on the spacecraft silhouettes,” said Matthew Osvog of NASA Johnson Space Center’s ISS Flight Operations Pointing console, in a statement.

The faint greenish-yellow tracing of the upper atmosphere, which is seen above the horizon, is known as airglow.