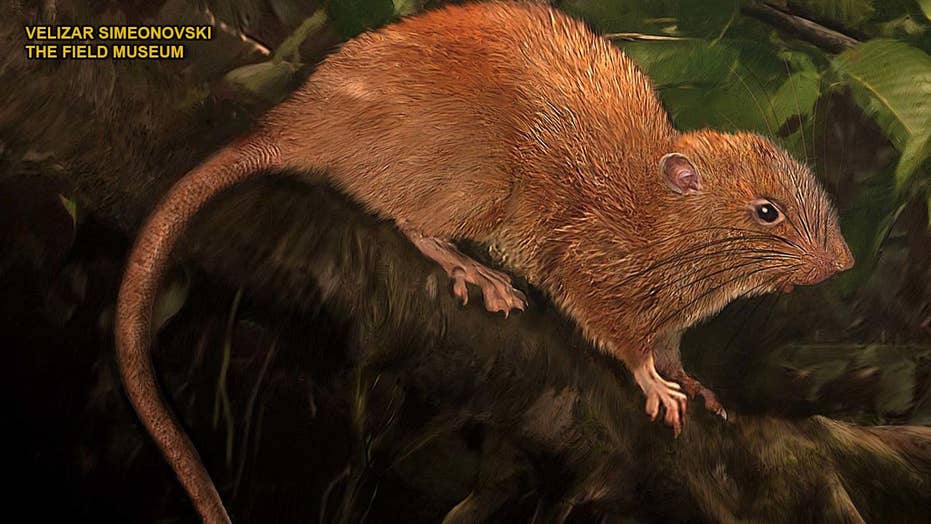 An 18-inch rat, known as Uromys vika, has been particularly hard to find, becoming the first rat discovered in 80 years.

An 18-inch rat that lives in trees and is able to open coconuts with its teeth has been discovered in the Solomon Islands.

The rat, known as Uromys vika, has been particularly hard to find, becoming the first rat discovered in 80 years, mammalogist Tyrone Lavery said.

"The new species, Uromys vika, is pretty spectacular -- it's a big, giant rat," Lavery said in a press release. "It's the first rat discovered in 80 years from Solomons, and it's not like people haven't been trying -- it was just so hard to find."

For comparison purposes, a normal American rat weighs around 0.44 pounds. Solomon Island rats can weigh as much as 2.2 pounds and U. Vika is approximately a foot and a half long, from nose to the tip of its tail.

These are nuts bearing the characteristic tooth-marks of Uromys vika. (The Field Museum / SWNS.com)

Lavery had heard rumors that the creature existed, since his first trip to the islands in 2010. Lavery questioned whether he would ever find the rat and was not sure if it was really a new species or if he was just looking in the wrong direction.

"I started to question if it really was a separate species, or if people were just calling regular black rats 'vika,'" said Lavery.

Lavery eventually teamed up with John Vendi and Hikuna Judge and finally found the creature as it was running away from a fallen tree.

"As soon as I examined the specimen, I knew it was something different," Lavery noted. "There are only eight known species of native rat from the Solomon Islands, and looking at the features on its skull, I could rule out a bunch of species right away."

The Solomon Islands have become a hot bed for research scientists looking to make new discoveries. The country, located a thousand miles northwest of Australia, is biologically isolated, with more than half of the mammals living on the chain of islands found nowhere else on Earth.