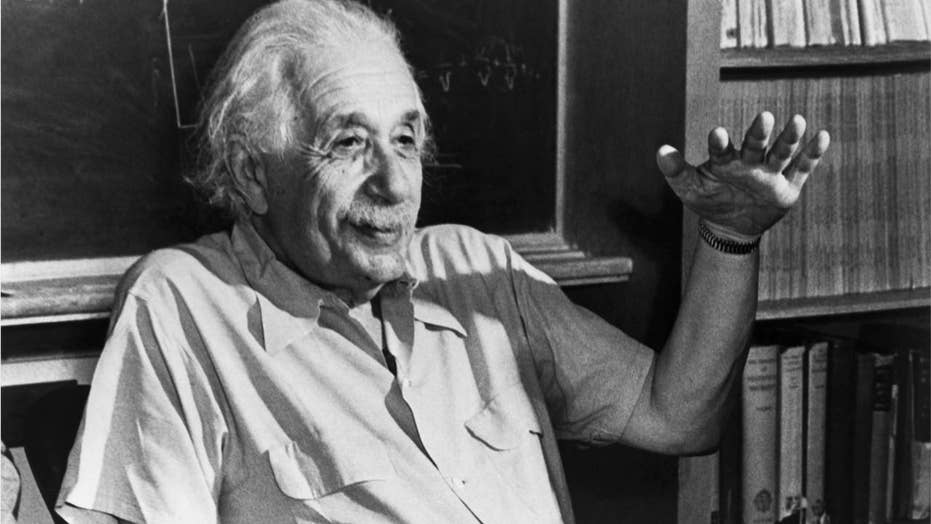 Albert Einstein’s personal diary reveals that he was racist in his early life.

Newly translated into English, Albert Einstein's private travel diaries from the 1920s reveal that he was racist in his early life, especially toward Chinese people.

The journals, published as "The Travel Diaries of Albert Einstein" by Princeton University Press, reveal that Einstein, perhaps the most famous scientist of all time and known for his theory of general relativity and the equation e=mc2, was extraordinarily biased toward certain populations. This is a stark contrast to his stance later in life, when he said that racism was a "disease of white people."

The diaries were written between October 1922 and March 1923. In one entry Einstein wrote that the “Chinese don’t sit on benches while eating but squat like Europeans do when they relieve themselves out in the leafy woods. All this occurs quietly and demurely. Even the children are spiritless and look obtuse.”

Speaking about the “abundance of offspring” and the “fecundity” of the Chinese, he continued: “It would be a pity if these Chinese supplant all other races. For the likes of us the mere thought is unspeakably dreary.”

Einstein also derided the people of Ceylon, which is now known as Sri Lanka. In Ceylon, he wrote, the locals “live in great filth and considerable stench at ground level,” before adding they “do little, and need little. The simple economic cycle of life.”

Einstein also gave his thoughts on Japanese people, whom he viewed in a more positive light, calling them "unostentatious, decent, altogether very appealing.” However, he also wrote the “intellectual needs of this nation seem to be weaker than their artistic ones — natural disposition?”

"Entries ... contain passages that reveal Einstein's stereotyping of members of various nations and raise questions about his attitudes on race," a description of the book reads.

The journals were translated from the German and are described as "the first publication of Albert Einstein’s travel diary to the Far East and Middle East."

Speaking with The Guardian, the book's editor Ze'ev Rosenkranz said that Einstein's views were not intended for public consumption and provide a shock to those who read them.

“I think a lot of comments strike us as pretty unpleasant — what he says about the Chinese in particular," Rosenkranz told The Guardian. “They’re kind of in contrast to the public image of the great humanitarian icon. I think it’s quite a shock to read those and contrast them with his more public statements. They’re more off guard, he didn’t intend them for publication.”

Rosenkranz is also the assistant director of the Einstein Papers Project at the California Institute of Technology and has written several books about the life of Einstein.

EINSTEIN'S THEORY OF HAPPINESS SELLS FOR $1.56M AT AUCTION

The remarks in his journal are markedly different to the public image Einstein projected in his later years.

In 1946, speaking at Lincoln University, the first degree-granting historically black university in the U.S., Einstein said that racism was a "disease of white people" and added “I do not intend to be quiet about it," according to a 2007 article in the Harvard Gazette.

Einstein was a founder of the Hebrew University in Jerusalem and left it his literary estate and personal papers. He declined an invitation to serve as Israel's first president.