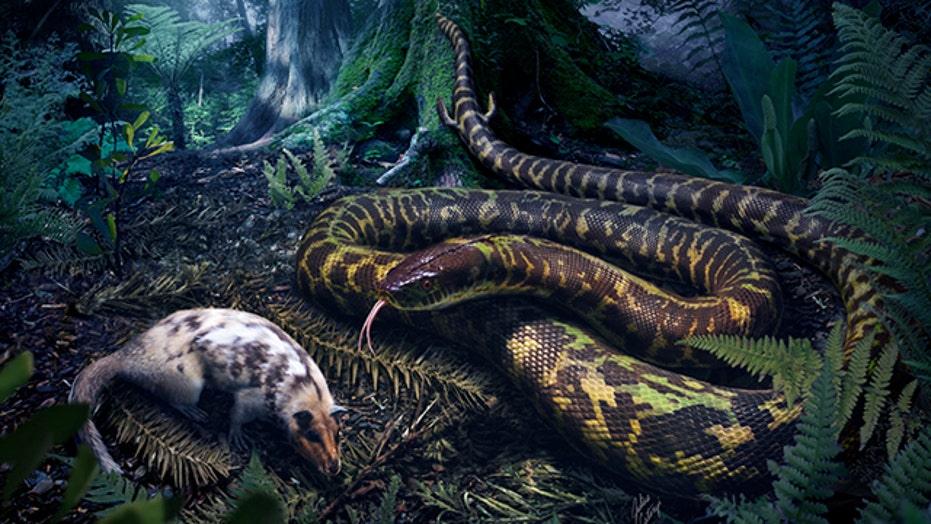 What a difference 128 million years can make. According to research published in the journal BMC Evolutionary Biology, the original snake ancestor was a night hunter and came equipped with tiny hindlimbs complete with toes and ankles. Additionally, the new findings also support the thesis that snakes originated on land and not in the sea, which has been a hot debate amongst researchers.

“This study is a big deal in the world of snakes because it's the first comprehensive analytical study of early snake evolutionary history,” lead study author Allison Hsiang of Yale University told Foxnews.com. “That is, even though snake origins have been debated and studied for a long time, this is first time all of these big questions have been tested computationally using cutting-edge methods.”

Hsiang and her team utilized these cutting–edge techniques to analyze the genes, fossils, and anatomy of 73 snake and lizard species. By identifying which traits the species did and didn’t share, the team was able to construct via computer a large family tree displaying all of the major characteristics that have taken hold as snakes evolved throughout history.

“To build a phylogenetic tree, we used recently developed computational methods to analyze genetic and anatomical data from living snakes with data from fossil snakes simultaneously,” Hsiang explained. “The tree was then used to reconstruct the evolutionary history of our traits of interest.”

With the new data, the team was then able to then generate a picture of what the snakes’ original ancestor was like - a predator who hunted soft-bodied vertebrate and invertebrate prey under the cover of night.

Though it could also target larger animals, the prehistoric snake had yet to develop the ability to manipulate or constrict its larger prey, like the Boa Constrictors of today. And while it remains unknown how large the Mesozoic slitherer was (Hsiang and her team didn’t analyze the body size), the new research does indicate that its hindlimbs wouldn’t have been much help in terms of getting around.

“Regarding the hindlimbs, it's unlikely that the ancestor of living snakes was using [them] for locomotion at all - more likely they were just vestigial appendages,” she said. “Even if they were using them for locomotion, however, I wouldn't be able to say how fast they moved - that sort of thing is very difficult to reconstruct.”

As to whether or not the creature was venomous, Hsiang said that in evolutionary terms it may have been.  “Based on other studies using genetic data, it's a possibility, as it's hypothesized that venom evolved once within lizards as a whole, before the lineage leading to snakes diverged from their closest lizard ancestors.”

According to the study, the ancestral snake most likely originated on the supercontinent Laurasia during the middle Early Cretaceous period. While many scientists believe that snakes evolved in the sea, this new research would suggest otherwise.

However, according to Hsiang, her team’s findings won’t be putting  an end to that argument anytime soon: “This is actually still an ongoing debate, and I wouldn't say our study definitely answers the question, but it does add more evidence to the ‘snakes evolved on land’ side,” she told FoxNews.com.

The ‘snakes evolved in the seas’ argument is based on the hypothesis that snakes are closely related to an extinct group of marine lizards known as mosasaurs, Hsiang explained. “In this interpretation, the snake body plan, loss of eyelids, and lack of external ears are adaptations for living in water, as opposed to being adaptations for a burrowing (i.e., fossorial) lifestyle, as those who believe snakes evolved on land would argue,” she added.