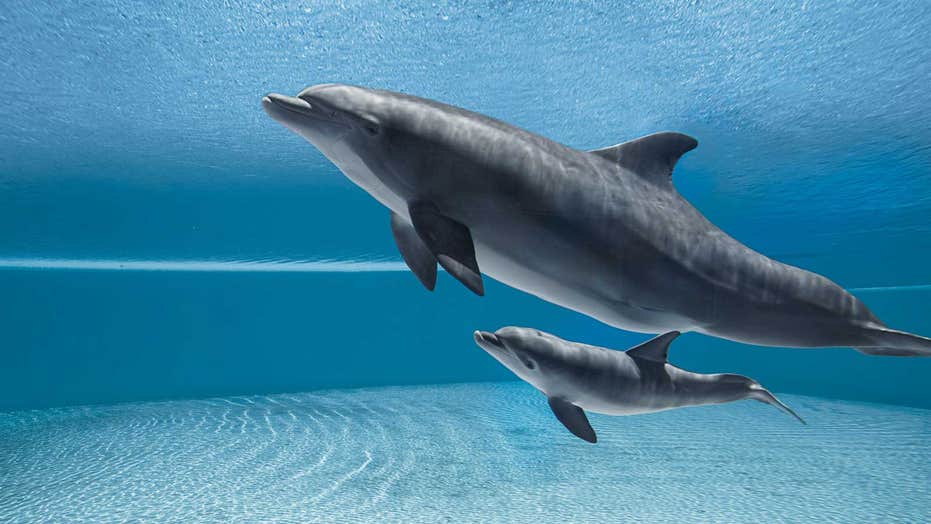 A dolphin appeared to be mourning its dead calf when it was spotted pushing its offspring through the waters of Florida in a video captured Monday.

The dolphins were filmed off the coast of Indian Shores in Pinellas County, according to the See Through Canoe company.

“Mother #dolphin not ready to let go of her dead calf and pushing it through the intracoastal waterway,” the company tweeted.

It was unclear how the dolphin calf died, but the company suggested it could have been hit by a boat.

The behavior of carrying a deceased calf around over a long period of time could suggest that dolphins grieve for their dead, according to a 2018 study published in “Zoology.”

DOLPHIN DISCOVERED ON FLORIDA BEACH WITH BAGS OF TRASH IN BELLY, RESEARCHERS SAY

Seven species in seven geographic regions covering three oceans have been documented carrying the body of their deceased young, including Risso's dolphin in the Indian Ocean; the Indo-Pacific bottle-nosed dolphin and the spinner dolphin in the Red Sea; and pilot whales in the North Atlantic.

In August 2018, an orca carried her dead and decomposing calf around for over two weeks in what scientists have said is an “unprecedented” showing of grief.

“It was really hard to watch,” the See Through Canoe company tweeted of the dolphin. “That image is going to be stuck in my head for a while.”