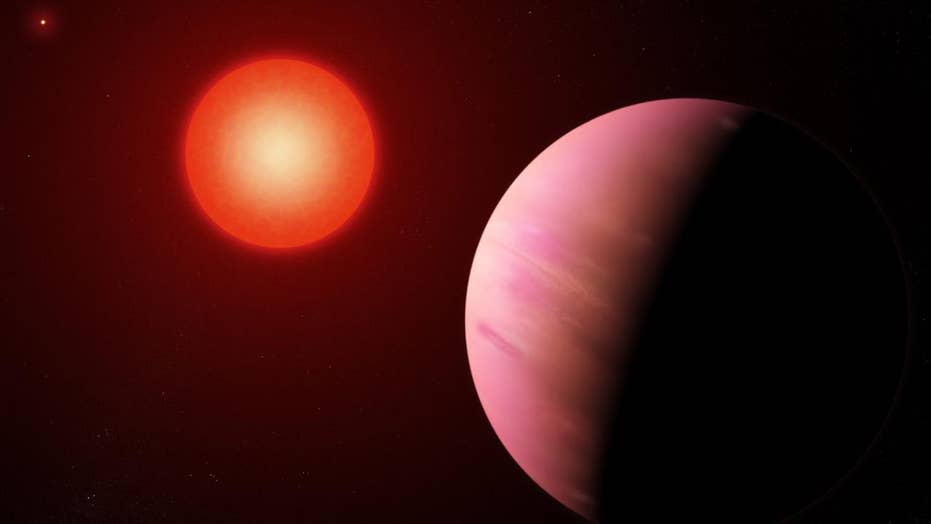 A distant and possibly habitable planet was discovered by citizen scientists.

Citizen scientists unveiled a distant exoplanet that is believed to be roughly twice the size of Earth and located within its star's habitable zone.

The exoplanet, named K2-288Bb, could either be a rocky world like Earth or a gas-rich planet like Neptune. Using data from NASA's Kepler space telescope, the new world was found 226 light-years from Earth, in the constellation Taurus, according to a statement from NASA.

"It's a very exciting discovery due to how it was found [and] its temperate orbit and because planets of this size seem to be relatively uncommon," Adina Feinstein, a University of Chicago graduate student and lead author of the study, said in the statement. Feinstein presented the find Jan. 7 at the American Astronomical Society's winter meeting in Seattle. [The Most Fascinating Exoplanets of 2018]

The new world lies in a stellar system called K2-288, which includes two dim, cool M-type stars that are roughly 5.1 billion miles (8.2 billion kilometers) apart — about six times the distance between Saturn and the sun, according to the statement.

The brighter star of the pair is estimated to be half as large and massive as Earth's sun, while its dimmer companion is about one-third the sun's mass and size. K2-288Bb orbits the smaller and dimmer star every 31.3 days, according to the study, published Jan. 7 in The Astronomical Journal.

Furthermore, the data suggest that K2-288Bb resides within its host star's habitable zone, which means the planet may have liquid water on its surface, according to the statement.

The exoplanet was discovered using data from the fourth observing campaign of Kepler's K2 mission, which ran from 2014 to 2018. Specifically, the research team looked for evidence of periodic changes in the stars' brightness, which would suggest that an exoplanet passed in front of one of the stars — an event astronomers call a transit.

Using this method, the team found evidence of two likely planetary transits in the K2-288 system. However, observations of a third transit were needed to confirm the discovery of an exoplanet.

As it turned out, the team was not utilizing all of the spacecraft's data. During its K2 mission, Kepler repositioned itself toward a new patch of sky once every three months. There were initial concerns about the accuracy of Kepler's measurements collected during the first few days after it was reoriented in the sky. As a result, data collected during the first few days of observations were simply ignored, according to the statement.

"That's how we missed it — and it took the keen eyes of citizen scientists to make this extremely valuable find and point us to it," Feinstein said in the statement.

After reprocessing this data, the team posted the information directly to Exoplanet Explorers, a project that allows the public to search through Kepler's K2 observations to locate new transiting planets. In May 2017, citizen scientists found the hidden third transit, confirming the presence of a possible Earth-size exoplanet in the K2-288 system. This discovery may help researchers better understand a phenomenon known as the Fulton gap, which describes a strange dearth of exoplanets that are 1.5 to 2 times the size of Earth.

The researchers compared the data to follow-up observations done using NASA's Spitzer Space Telescope, as well as the European Space Agency's Gaia mission. The team also reviewed data from the Keck II telescope at the W. M. Keck Observatory and NASA's Infrared Telescope Facility in Hawaii to confirm their findings, according to the statement.

NASA's iconic Kepler space telescope ran out of fuel in October 2018. Data collected during the course of the instrument's nine-year scientific mission have led to the discovery of more than 2,600 alien planets.