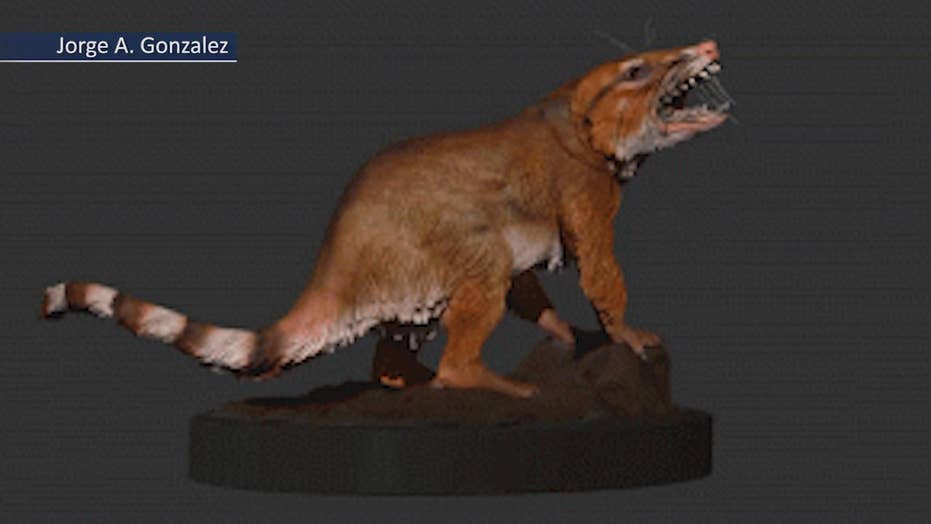 How the discovery of a 130-million-year-old fossilized skull is revealing new details about Earth and the formation of continents.

The discovery of an unusual fossilized skull in eastern Utah is shedding new light on Earth’s history.

The 130 million-year-old skull belonged to a previously unknown “reptile-like mammal.”

Experts have described the new species, named “Cifelliodon wahkarmoosuch,” in honor of paleontologist Richard Cifelli, in the journal Nature.

“Based on the unlikely discovery of this near-complete fossil cranium, we now recognize a new, cosmopolitan group of early mammal relatives,” said Adam Huttenlocker, lead author of the study and assistant professor of clinical integrative anatomical sciences at the Keck School of Medicine of USC, in a statement.

Experts from the Utah Geological Survey and The University of Chicago also worked on the study.

Cifelliodon belongs to an extinct branch of mammal ancestors, according to the study.

Deseret News reports that, although it suckled its young, the hair-covered Cifelliodon laid eggs. There are only two kinds of egg-laying mammals in existence today – the platypus and the spiny anteater species.

The discovery boosts paleontologists’ knowledge of how mammals evolved and dispersed during the age of dinosaurs. The find also suggests that the division of the prehistoric supercontinent Pangea continued for about 15 million years later than experts previously thought. It also suggests that mammal migration and that of their close relatives continued during the Early Cretaceous period 145 million to 101 million years ago.

The 130 million-year-old fossilized skull belonged to a “reptile-like mammal.”(Illustration: Jorge A. Gonzalez)

“For a long time, we thought early mammals from the Cretaceous (145 to 66 million years ago) were anatomically similar and not ecologically diverse,” Huttenlocker said, in the statement. “This finding by our team and others reinforce that, even before the rise of modern mammals, ancient relatives of mammals were exploring specialty niches: insectivores, herbivores, carnivores, swimmers, gliders.”

Weighing up to 2.5 pounds, the Cifelliodon was about the size of a small hare. “It had teeth similar to fruit-eating bats and could nip, shear and crush,” explained the University of Southern California, in its statement. “It might have incorporated plants into its diet.”

RESEARCHERS FIND POSSIBLE TRACES OF CONTINENT OFF COAST OF BRAZIL

The reptile-like mammal is one of a number of prehistoric finds in Utah that have been generating buzz. A family working on the backyard of their Lehi home, for example, recently unearthed the fossilized remains of an ancient horse. Dating back more than 2 million years, the remains likely belonged to an ancient type of Shetland pony, according to experts.

Tourists at Red Fleet State Park in northeastern Utah, however, have been unknowingly throwing dinosaur tracks into a lake, officials say.