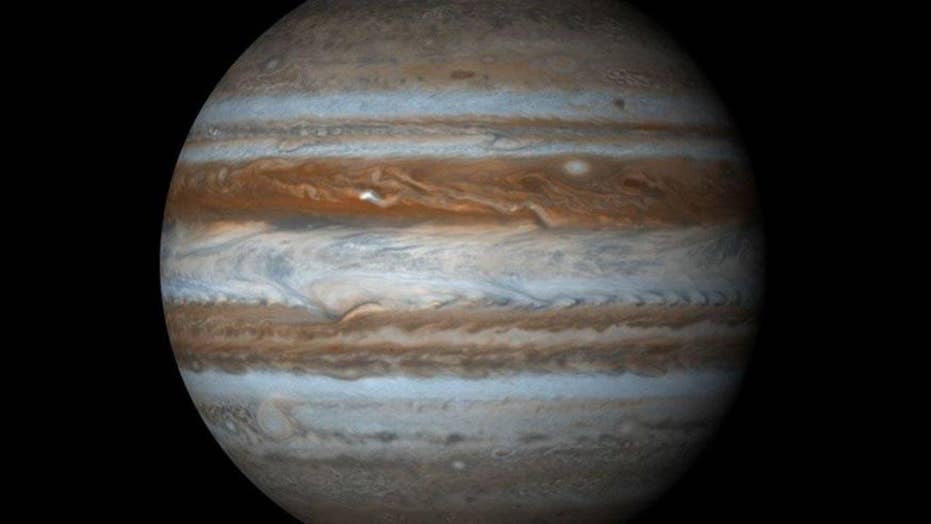 If something slams into Jupiter and two strangers a thousand miles away from each other film it, does it count?

Two amateur astronomers have generated some buzz after sharing videos of what appears to a fiery object making explosive contact with the planet.

According to his video on YouTube, Gerrit Kernbauer was in Modling, Austria filming the planet using a Skywatcher Newton 200/1000 telescope on March 17. And while the “seeing was not the best” he found a “strange light spot that appeared for less than one second” on Jupiter, according to his YouTube post.

Backing Kernbauer’s observation was separate amateur footage taken around the same time by John McKeon in Swords, Ireland. His video also shows a bright object near the planet’s surface.

Although McKeon did not write much about his experience, Kernbauer wrote on his YouTube page, “My only explanation for this is an asteroid or comet that enters Jupiters high atmosphere and burned up/explode very fast.”

According to Phil Plait of Slate, Jupiter has extreme gravitational pull and as such, it “gets hit a lot.” However, a massive explosion seen from Earth could have been caused by something small.

“On average (and ignoring orbital velocity), an object will hit Jupiter with roughly five times the velocity it hits Earth, so the impact energy is 25 times as high. The asteroid that burned up over Chelyabinsk, Russia, in 2013 was 19 meters across, and it exploded with the energy of 500,000 tons of TNT,” wrote Plait. “Now multiply that by 25, and you can see how it doesn’t take all that big a rock to hit Jupiter for us to be able to see it from Earth.”

NASA has not yet responded to Foxnews.com’s request for a comment on the story.