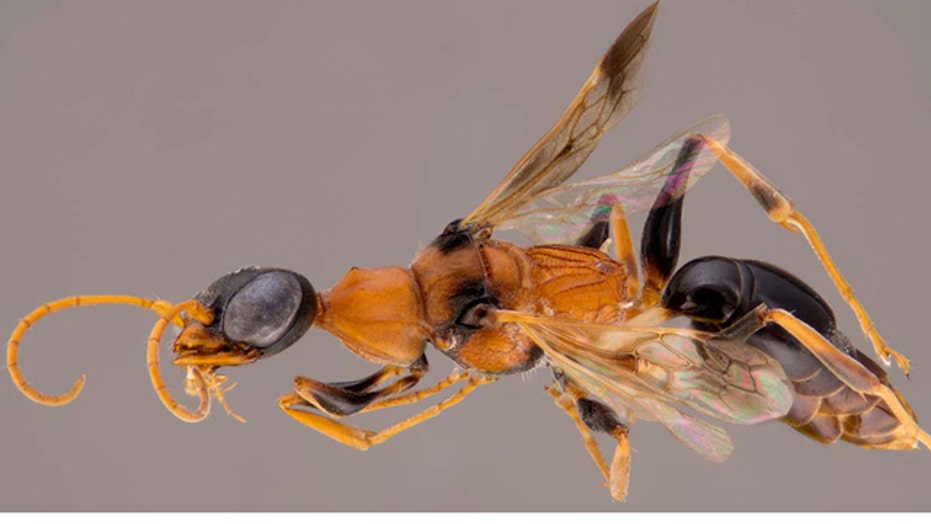 'Dementor' wasp turns cockroaches into zombies. Is this the scariest wasp ever?

It’s the stuff of nightmares – a newly-discovered wasp that turns cockroaches into zombies.

The Ampulex Dementor, named after the terrifying soul-suckers from the “Harry Potter” movies, is one of a 139 new species discovered in Asia’s Mekong Delta in 2014, according to a World Widlife Fund report.

The wasp, which was discovered in Thailand, injects venom into a mass of neurons on the cockroach’s belly that turns the roach into a passive zombie, according to the report. “Cockroach wasp venom blocks receptors of the neurotransmitter octopamine, which is involved in the initiation of spontaneous movement. With this blocked, the cockroach is still capable of movement, but is unable to direct its own body,” the report explained.

It gets worse for the wasp’s unfortunate victim. “Once the cockroach has lost control, the wasp drags its stupefied prey by the antennae to a safe shelter to devour it," the report added.

Visitors to the Museum für Naturkunde in Berlin voted to name the wasp Ampulex Dementor in a poll, noting the insect’s similarity to the dementors that terrorize Harry Potter and his fellow wizards.

The opportunity to name a fascinating new species strengthens such as the Ampulex Dementor helps build public awareness of conservation issues, experts say. “I am convinced that events like this increase people’s curiosity about local and global fauna and nature,” said Ohl, one of the Museum für Naturkunde researchers who led the naming process.

Other new species detailed in the report include Phryganistria Heusii Yentuensis, the world’s second-longest insect, at 21 inches, which was discovered in Vietnam. Researchers also found the Gracixalus Lumarius, a color-changing thorny frog, in Vietnam.