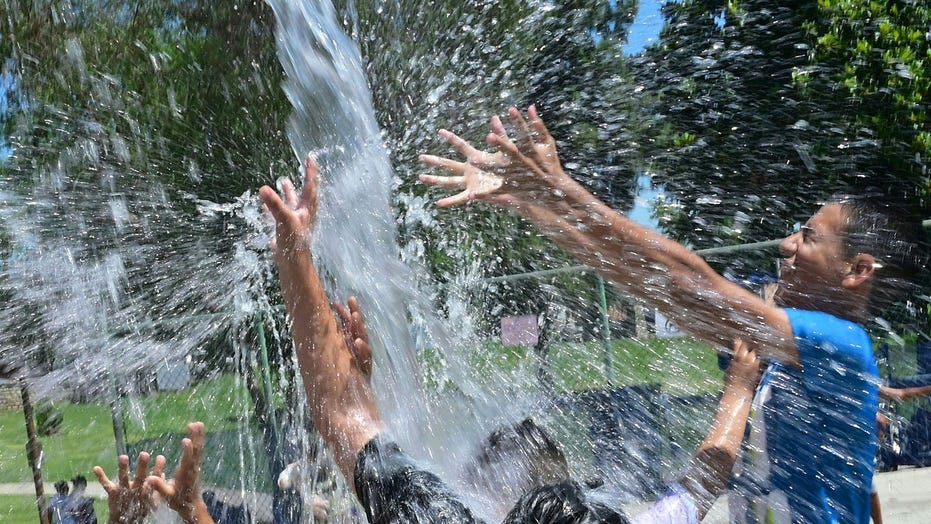 Death Valley could reach 120 degrees Fahrenheit as temperatures across a huge swath of the U.S. reach triple-digit levels.

According to USA Today, 100 million Americans could see temperatures cross the 100-degree threshold this week, with the National Weather Service forecasting epic heat for Palm Springs, Las Vegas and Tucson.

The agency put the region between those cities under an excessive heat warning, a designation reserved for "the hottest days of the year" in which temperatures reach "dangerous levels."

Children cool off at a water park in Alhambra, Calif., during a heat wave featuring triple-digit temperatures. (Getty Images)

Temperatures in many areas will be 18 to 30 degrees above normal for this time of year, according to officials.

Although the Northeast and Mid-Atlantic will also be roasting, temperatures will stay mostly in the 90s. Philadelphia is under a heat advisory through Wednesday night.

Temps have been higher than normal in Alaska, as well. The average July temperature for the state this year was 58.1 degrees, which is 5.4 degrees above average, USA Today reported. Alaska's largest city, Achorage, hit 90 degrees for the first time, and entire state recorded its warmest month ever in July.

Death Valley is seen above.

The National Safety Council reported that 32 children under the age of 15 have died of heatstroke this year, which is on the way to surpassing the annual average of 38.