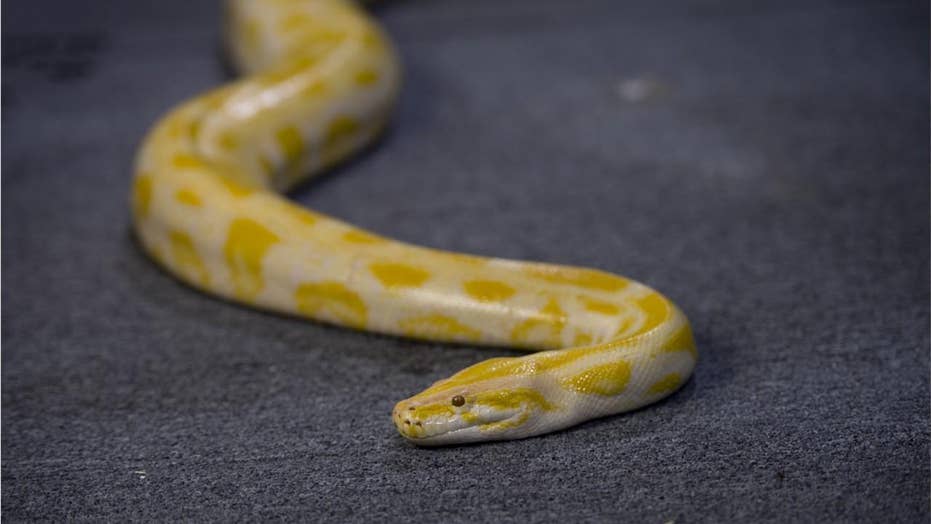 An Australian couple woke one morning to find a snake hanging from their air conditioning unit.

When maths teacher Danny Marcok woke up yesterday, he was surprised to see a tail hanging from his split-system air conditioner.

The Melbourne man and his wife “thought it was a rat’s tail sticking out” but Mr Marcok’s wife Denise took a closer look with a torch and was shocked at what she saw.

Buried deep inside the unit at the couple’s home in Little River, 49km southwest of Melbourne, was one of the deadliest creatures on the planet — a 75cm tiger snake.

Mr. Marcok called in reptile relocator Stewy the Snake Catcher for a bit of help.

The expert snake handler soon coaxed the reptile out, even if it didn’t want to leave.

On Facebook, he wrote that “snakes can turn up in the darnedest places” and that the tiger snake likely found a home in the air conditioner while “chasing mice in the roof”.

During an interview with Today, Mr. Marcok said it was likely that the snake was in the unit the entire night.

“I thought it was a rat’s tail sticking out of the air conditioner,” he said. “But when it moved back into the unit, I thought, ‘Nup, a rat wouldn’t move like that.’”

The snake handler said Mr. Marcok was lucky he didn’t stick his hand in the air conditioner to change a filter. He said the snake wouldn’t have attacked him in his bed, but it would’ve tried to defend itself it if felt threatened.

The warmer weather is bringing snakes out from hiding. On December 19, Melbourne man Alistair John McKenzie shared footage of a tiger snake swimming up the Yarra River.