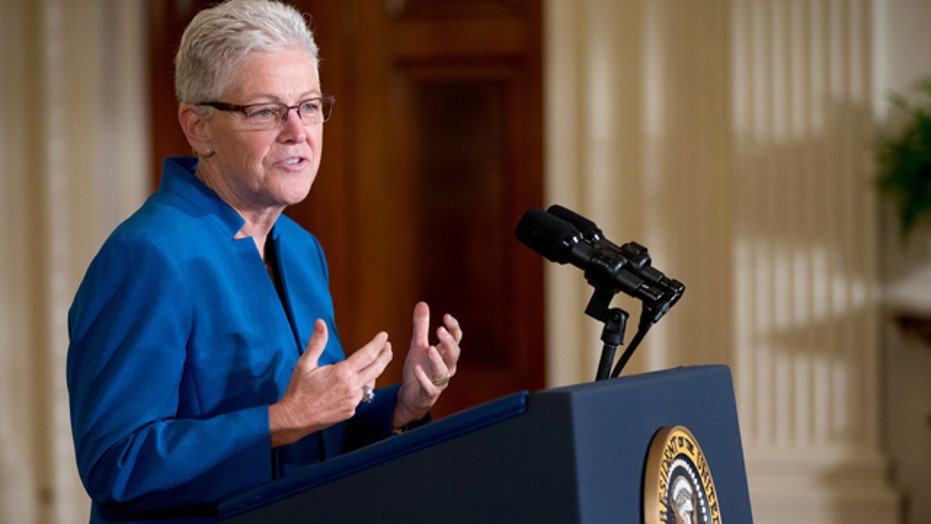 A government probe of ExxonMobil, which authorities say is aimed at finding out if the energy giant misled the public about the threat of global warming, is really an attempt to scare companies into silence, according to critics.

The investigation by New York Attorney General Eric Schneiderman was reported last week, with sources telling the New York Post his office has subpoenaed internal company documents. Supporters who believe global warming threatens mankind applauded the move and predicted that company memos will show ExxonMobil knew the threat their product posed to the planet, yet hid the facts from their shareholders.

“It seems likely that the subpoena will unearth documents that will shed additional light on the disparity between what ExxonMobil and other companies knew about climate change, versus what they told the public and their shareholders,” Ken Kimmell, president of the Union of Concerned Scientists, told FoxNews.com. He added that he hopes it will also push the federal government and other states to launch their own investigations.

“The investigation is insane.”

— Alex Epstein of the Center for Industrial Progress

Schneiderman, who has not confirmed the probe, is reportedly using powers under the state Martin Act, which gives him broad discretion to investigate firms doing business in New York. Exxon confirmed the investigation, but denied any wrongdoing.

“We have received a subpoena for production of documents relating to climate change from the Attorney General of New York and are assessing our response,” said company spokesman Scott Silvestri.

Alan Robock, a meteorologist who signed a petition by 20 scientists in September calling for a federal investigation, explained his reasoning to FoxNews.com.

“Exxon, which funded climate change research decades ago and understood the science, chose instead to fund a disinformation campaign to confuse the public… so as to continue to sell their products and make money,” Robock said, pointing to apparently-leaked Exxon documents which show that, at times, Exxon employed scientists who did worry about man-made warming, but that later on some of their scientists said the models had too much uncertainty to be relied on.

Known for taking on banks with heavy-handed tactics that earned him the title “the man the banks fear most,” Schneiderman seems to be taking a page from the 1990's litigation against Big Tobacco. In those cases, attorneys general from more than 40 states banded together to sue cigarette makers, saying their product caused health problems that cost taxpayers billions, and that internal memos showed the companies knew of the addictive nature of smoking.

Schneiderman is known for using tough tactics against Wall Street.

Critics of Schneiderman's probe say the litigation model could be similar, but the threat to the public is vastly different.

“The investigation is insane,” Alex Epstein, of the Center for Industrial Progress, told FoxNews.com. “The idea that we have a country such as the United States of America, and people are condemning companies for funding alternative ideas about climate change -- is exactly backward."

Epstein added that Exxon’s real fault lay in the fact that it had scientists who once believed global warming would be a big problem, when in fact almost all climate models have overestimated the amount of warming as temperatures have hardly increased over the past 17 years.

The energy giant is suspected of hiding memos that show it knew the dangers of global warming. (AP)

“In fact, what existed was there was speculation about catastrophic global warming, and certain people at Exxon were aware of this theory -- which turned out to be bogus,” Epstein said. “Nobody has any reason to feel guilty, least of all the people pressing open research and trying to discover the truth.”

Although dire predictions of global warming made a decade or more ago have not come to pass, and some computer models show any increase in world temperatures is negligible or even "paused," scientists such as Robock say the threat of carbon dioxide emissions is as grave as ever.

"[In recent years, it] has been partially countered by a series of small volcanic eruptions, a small reduction in sunlight, and an enhanced uptake of energy by the ocean,” he said, adding that the long-term threat remains.

While scientists may continue to disagree, ExxonMobil officials said the company has never hidden research from shareholders or the public.

The author, Maxim Lott, can be reached on twitter at @maximlott