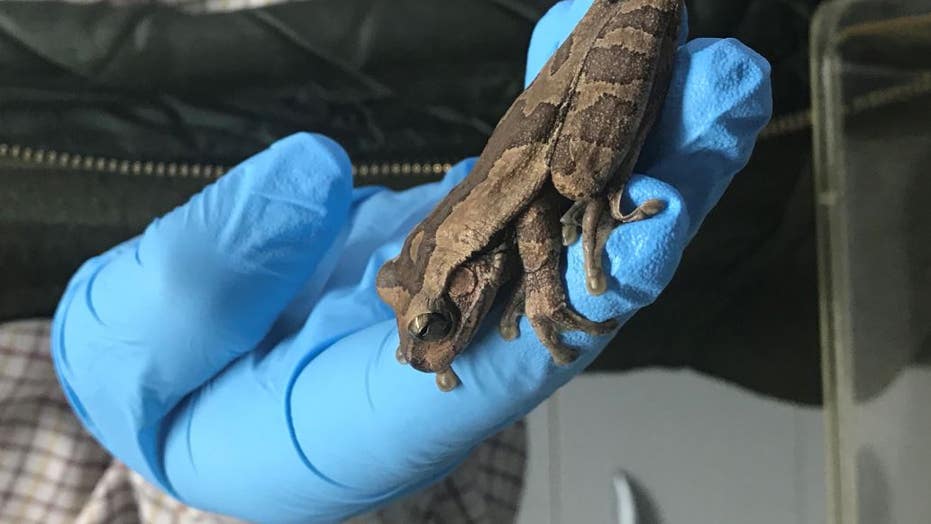 A tree frog from Costa Rica was discovered more than 5,300 miles away inside a box of bananas at a Lidl grocery store in Nottingham, England.

According to the BBC, workers found it as they were unloading boxes of bananas on to the store's shelves. They named it Lloyd.

Hayley Day, an officer with the Royal Society for the Prevention of Cruelty to Animals (RSPCA), told the British news outlet the supermarket staff "seemed quite taken with him."

Lloyd is now being cared for by a vet who specializes in exotic animals, the BBC reports.

Day added: "He must have also had quite the shock when he emerged in a Nottinghamshire supermarket considering he's used to more tropical climates usually."

There are about 800 different species of tree frog, according to Animals Network, with more than 600 living in Central and South America.