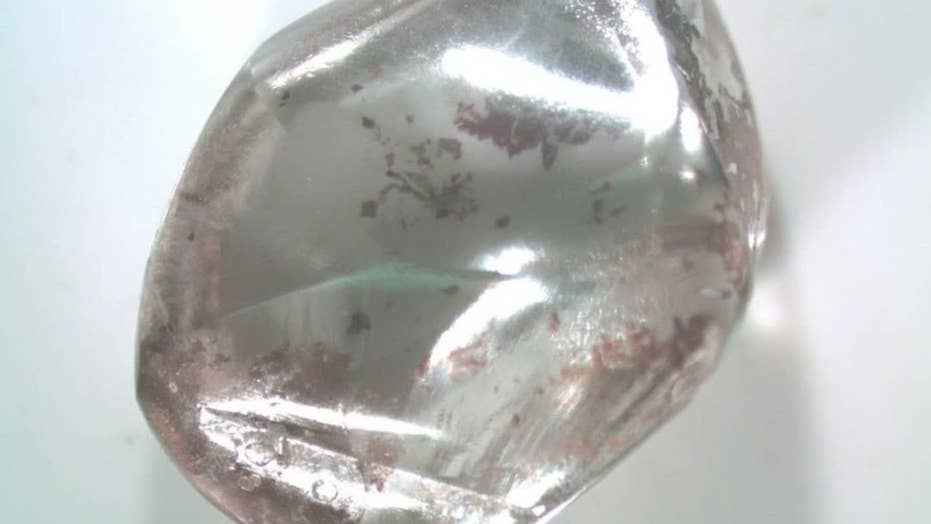 A 71-year-old woman uncovered a 3-carat diamond while visiting the Crater of Diamonds State Park in Arkansas.

A woman visiting the Crater of Diamonds State Park in Arkansas earlier this month made the “find of a lifetime,” uncovering a nearly 3-carat diamond, which she initially thought was a piece of glass.

The woman, who was only identified as a 71-year-old tourist from Aurora, Colorado, was visiting the park with her husband, son and two grandchildren when she noticed the diamond just 10 minutes after the family began to search for precious stones.

According to a press release from the park Tuesday, the woman “found the gem about halfway between the East Drain and North Wash Pavilion in the park’s 37.5-acre diamond search area,” which it described as an “eroded surface of an ancient, diamond-bearing volcanic crater.”

The woman said the diamond was “just lying on the surface.” Later, when she took the find to the Diamond Discovery Center at the park, officials confirmed she had found a 2.63-carat ice white diamond -- the largest found at the park this year so far, according to the press release.

On occasion, the diamond search area is plowed to loosen the soil and help with “natural erosion.” This process helps unearth the precious stones and makes them easier to find.

3,500-YEAR-OLD BRONZE HAND UNEARTHED, MAY HAVE BEEN 'BRONZE AGE CYBORG'

“I didn’t know what to think,” the Aurora resident said of the find, which is the size of pinto bean and is “shaped somewhat like a fingernail,” according to the press release.

“I was shocked,” she added.

It is not clear how much the diamond may be worth.