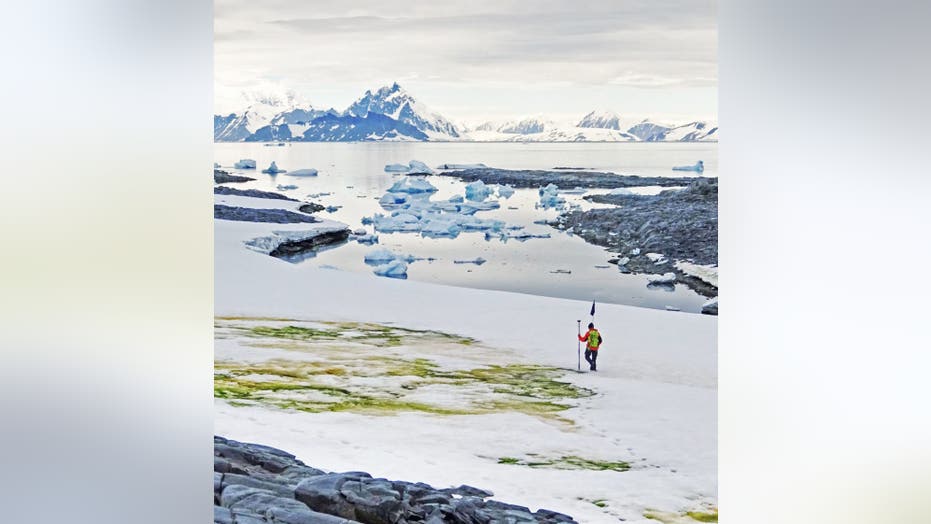 Experts from the University of Cambridge suggest that climate change will turn the coast of Antarctica green, resulting in blooms of algae so thick and strong they could be seen from space.

The research, published in the scientific journal Nature Communications, notes that even though the algae are microscopic in size, they will be plentiful enough to create "green snow," a condition that is "likely to spread as global temperatures increase."

"This is a significant advance in our understanding of land-based life on Antarctica, and how it might change in the coming years as the climate warms," said the study's lead author, Dr. Matt Davey, in a statement. "Snow algae are a key component of the continent's ability to capture carbon dioxide from the atmosphere through photosynthesis."

The researchers created a map of the algae comprised of satellite data and on-the-ground observations to come up with their findings.

The blooms of the "green snow" algae are usually found on the coastline of the continent, especially near the islands on the west coast of the Antarctic Peninsula. They bloom when the temperature is warmer than normal, between November and February, the austral summer. They're also influenced by marine birds and mammals, whose natural fertilizer acts as an accelerant.

“We identified 1679 separate blooms of green algae on the snow surface, which together covered an area of 1.9 kilometers squared, equating to a carbon sink of around 479 tonnes per year," Davey added.

Nearly two-thirds of the blooms were on the small, low-lying islands, the researchers noted, but they expect it to spread greatly as temperatures rise.

"As Antarctica warms, we predict the overall mass of snow algae will increase, as the spread to higher ground will significantly outweigh the loss of small island patches of algae," said Dr. Andrew Gray, the study's lead author.