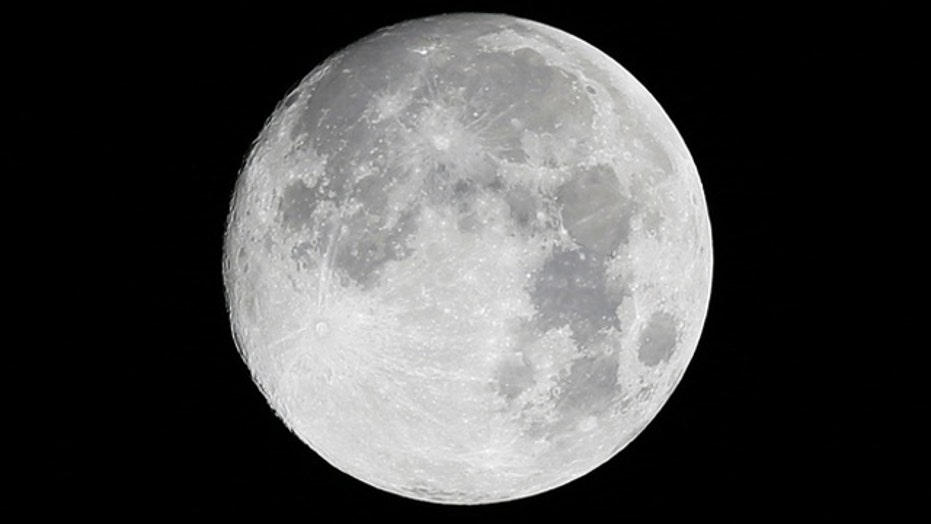 Japanese sports drink company Pocari Sweat is tapping into the moon’s immense advertising potential with its ambitious plan to land the drink on the moon’s surface.

Otsuka Pharmaceutical, the maker of Pocari Sweat, plans to launch a can of the drink into space and land it on moon in summer 2016. Carried into space by SpaceX, the can will be placed on the moon by Astrobotic Technology’s Griffin Lander, according to the Wall Street Journal. Space engineering specialist Astroscale is also working on the audacious project.

The plan has already generated plenty of publicity for Pocari Sweat and continues to fuel debate about the moon’s potential for advertisers. One day, could we even see the moon turned into a gigantic billboard?

“The moon is a fantastic scientific object, but it’s also of interest to the public for space tourism and other things,” James Garvin, chief scientist at NASA’s Goddard Space Flight Center, told FoxNews.com. “I think that the question comes down to the ROI [Return on Investment].”

Some companies have already played with the concept of so-called “moonvertising,” such as Coca-Cola, which reportedly looked into shooting its logo onto the moon’s surface via laser for Y2K. More recently, in 2008, Rolling Rock launched a spoof advertising campaign to project its logo onto the moon.

Lasers in space are no new concept, with NASA already using the technology to map the moon via its Lunar Reconnaissance Orbiter.

However, Garvin told FoxNews.com that the technological challenges involved in projecting an ad onto the moon, 240,000 miles away from Earth, are immense. “It seems to me that there’s a bunch of engineering hurdles,” he said, noting that the moon’s “soil” is only about 8 to 10 percent reflective, slightly brighter than charcoal.

Current space lasers are used for very specific tasks such as measuring precise distances and assessing the composition of objects, according to the scientist, not illuminating a vast dark surface such as the moon’s. “You would need to be constantly illuminating something the size of cities to make up just a pixel of an image – you would have to illuminate patches bigger than Delaware to be visible to the human eye,” he added.  “These types of lasers would need factors of thousands more energy [than current space lasers].”

The expert told FoxNews.com that the task would be made somewhat easier if the lasers were shot from an orbiting spacecraft, reducing the distances involved.

Other alternatives could also be available to advertisers employing “dark space” rather than the moon’s surface, according to Garvin. “You could use a constellation of cubesats that would light up at a certain time,” he said, noting that this could create a sort of space billboard. “If you flew thousands of them in the same formation that could illuminate every 90 minutes in low earth orbit.”

Cubesats, or tiny, box-shaped satellites are playing a growing role in the space industry. NASA for example, recently announced its plan to offer more rocket rides for cubesats.

Some companies have already found innovative ways to harness the power of space advertising, such as Israeli dairy company Tnuva, which filmed a milk commercial on the Mir space station in 1997, and Pizza Hut, which delivered a pizza to the International Space Station in 2001.

Despite the huge challenges involved, Garvin acknowledges that turning the moon into a giant billboard is an intriguing concept. “You would have to engineer this problem carefully,” he said, noting that it would be a great interview question for engineers. “How would you illuminate the moon as a billboard without landing there?”