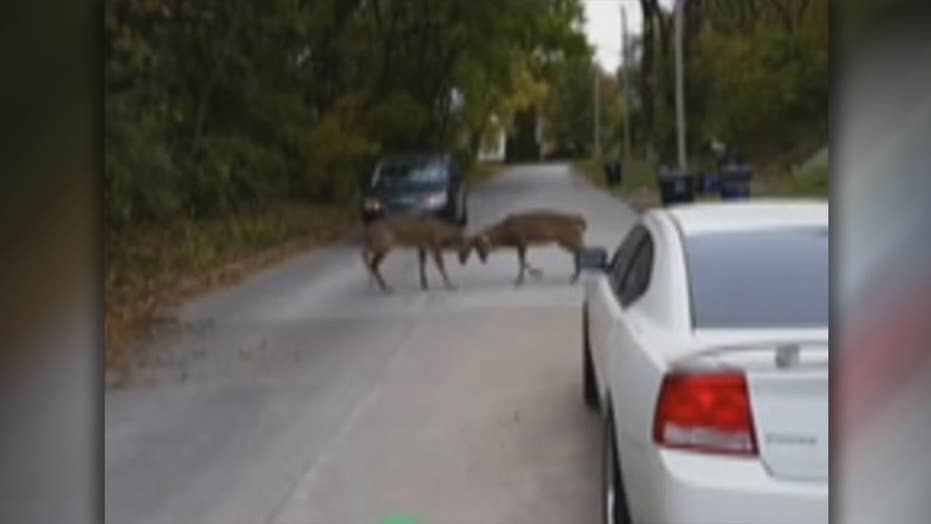 Bucks battle in middle of road near construction site

Two bucks would not “buckle” when they were caught on video battling it out at an Illinois construction site last weekend.

Veronica Winchester told WQAD she was driving to a construction site in Moline last Saturday when she spotted a woman flagging down drivers to watch the strange animal encounter.

Winchester and the drivers then watched the two whitetail deer ramming their antlers into each other in a fight in the woods that spilled out into the street. She grabbed her phone and recorded the fight.

“This is what I got to see at work this morning. Not something you see very often in the city,” she wrote in the video caption posted on Facebook.

Winchester’s video has been viewed more than 3,000 times as of Thursday.

Ed Cross, from the Illinois Department of Natural Resources, told WQAD that October is the height of “rutting” season for whitetail deer in the state.

He added that the deer can also die while locking antlers because they get so entangled that they get stuck and end up dying of starvation.