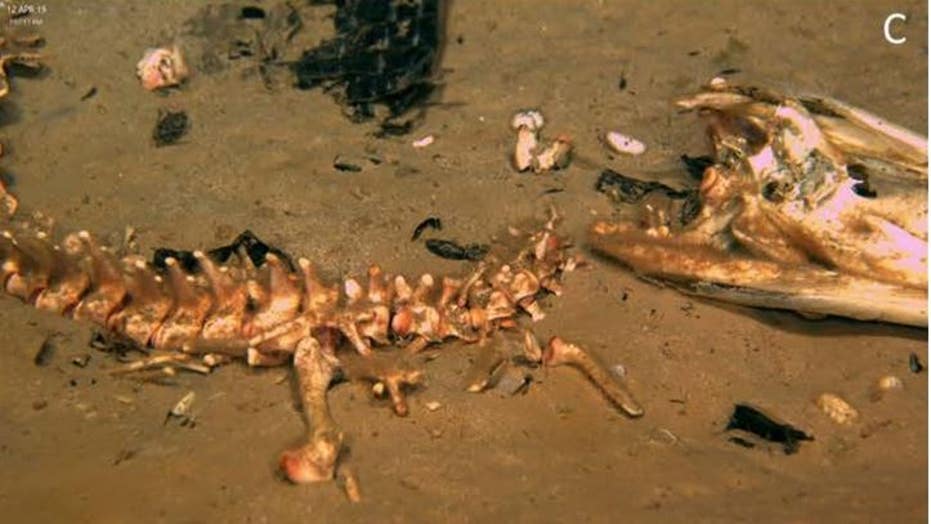 A weird study that involved alligator corpses also turned up a bone-eating life-form in the depths of the sea.

For their study, scientists strapped three dead alligators into weighted harnesses and dropped them down 6,600 feet into the Gulf of Mexico as a way to test how carbon-hungry creatures in the ocean would react to a new, unfamiliar food source.

"The deep ocean is a food desert, sprinkled with food oases," study co-author Clifton Nunnally, of the Louisiana Universities Marine Consortium, said in a creepy video about the experiment. "Some of these oases are vents in the ocean floor where chemicals come out or food falling from the ocean's surface."

The results of their study, published late last month in PLUS ONE, showed that each gator corpse suffered a similar fate -- however, the second one was picked clean down to the bones.

As Live Science reports, the gator's bones were covered in a mysterious brown fuzz, which a DNA analysis showed to be a newly found species of bone-eating worm.

The third gator completely disappeared from its harness before any marine creatures were seen eating it, leading researchers to speculate that a shark chomped through the rope to haul the gator carcass away.