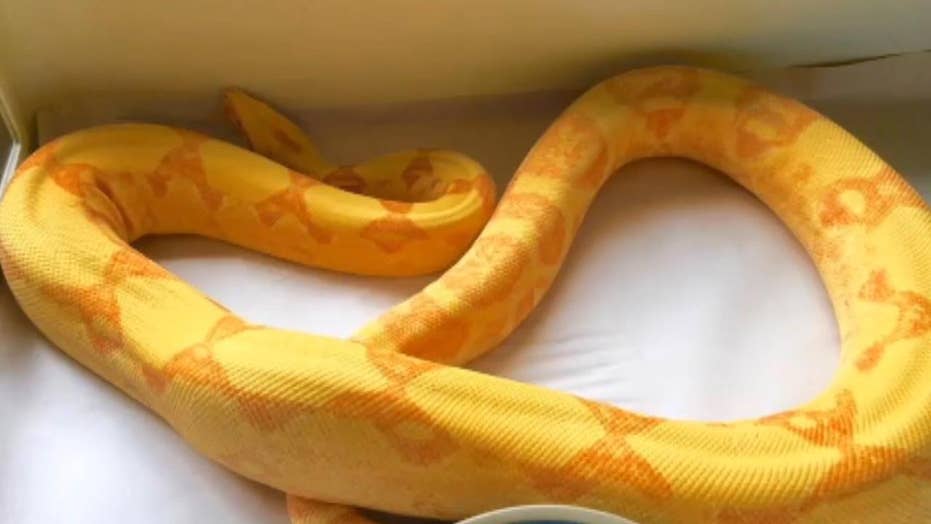 The snake fell from the ceiling and landed on the man, who was not identified, the New York Department of Environmental Conservation announced Wednesday.

Matt Foster, a department agent, arrived at the home on June 29 after “a panicked caller reported that a large snake had fallen from the ceiling onto a subject sleeping in his bedroom,” the state’s Department of Environmental Conservation said in a statement.

After investigating, Foster determined the red-tailed boa constrictor, estimated to be 6 feet long, escaped from its enclosure in the apartment above the man’s and somehow managed to enter the ceiling.

The 6-foot snake, pictured above, was returned to its owner following the incident. (New York Department of Environmental Conservation)

The agency says the snake fell from the ceiling of the downstairs apartment, where it landed on a man sleeping in bed.

The snake, which the department said is legal to keep as a pet in New York, has been returned to its owner.