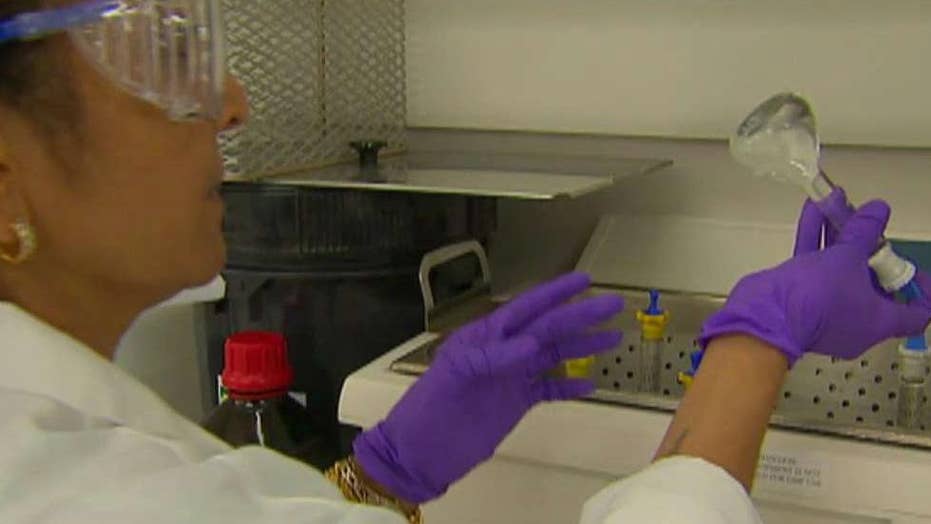 Privacy advocates are concerned over the sharing of DNA results. Gillian Turner explains on 'Special Report.'

A biohacker injected himself with DNA sequence made from parts of the Bible and Koran in a risky experiment because he "wondered whether it would be possible."

Adrien Locatelli, from Grenoble in France, translated religious passages into DNA code to build unknown proteins which he then poured into his body.

The high-school student risked potentially fatal consequences after conducting the procedure without any knowledge of the effects the proteins would have on his body.

Adrien Locatelli, from Grenoble in France, translated religious passages into DNA code to build unknown proteins which he then poured into his body. (iStock)

Locatelli, who claimed the bizarre experiment was the first of its kind, converted all of the letters in the holy books into a DNA sequence.

A DNA strand is made up of chemicals represented by the letters ACGT, and all genes are coded for by a different combination of these four letters.

Locatelli replaced every Hebrew character in the Book of Genesis with DNA code, excluding 2:10 to 2:14, 5, and 7:1 to 7:5 because they were "controversial," going in the order of GACT.