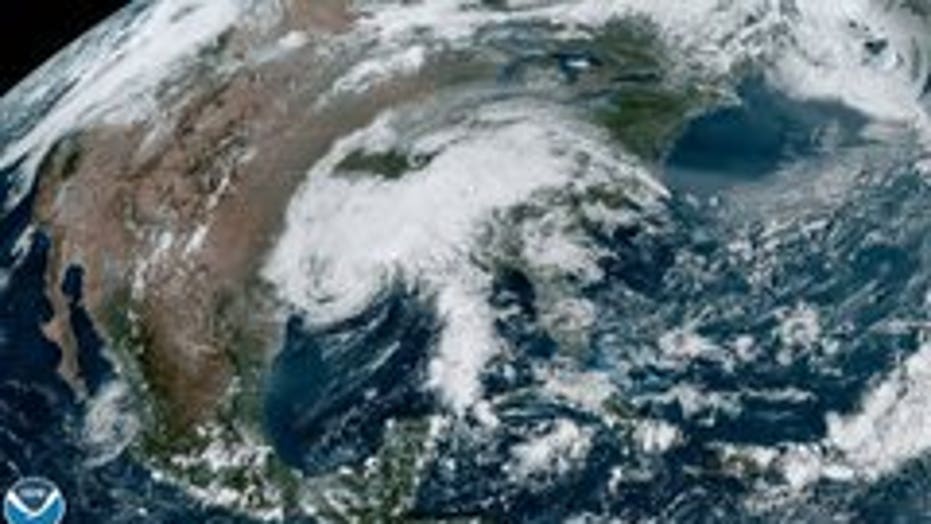 A satellite image shows the remnants of tropical storm Beta dumping rain over the southern U.S.

“Current satellite imagery shows the remnants of Tropical Storm Beta continuing to dump rain over parts of [Louisiana, Mississippi, Arkansas and western Tennessee] this evening,” the National Weather Service Raleigh tweeted on Wednesday evening. “Moisture from this system will overspread the area Thursday through Friday night bringing chances of rain especially on Friday.”

Beta made landfall as a tropical storm in Texas late Monday night but was later downgraded to a tropical depression.

The system is continuing its track into Mississippi, the National Hurricane Center tweeted early Thursday. “Beta Continues a Steady Northeast Track Into Mississippi, Bringing Heavy Rainfall Across Mississippi Into the Tennessee Valley,” it said

Beta is the first storm named for a Greek letter to make landfall in the continental United States. Forecasters ran out of traditional storm names last week, forcing the use of the Greek alphabet for only the second time since the 1950s.