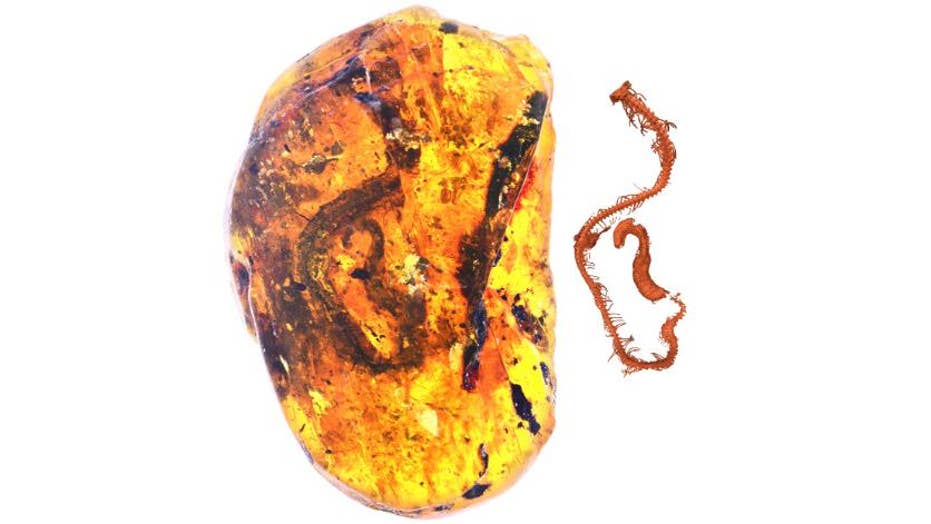 A remarkable baby snake embryo has been discovered encased in 99-million-year-old amber.

Found in Myanmar, the tiny fossil is described as unique in a study published in the journal Science Advances. The remains, complete with skin fragment, provide “important new data points in our understanding of the patterns and processes of ancient snake evolution,” the authors wrote.

Paleontologists from Canada’s University of Alberta led the study into the snake embryo, which involved an international team of researchers. CT scans were used to compare the prehistoric snake to its modern counterparts, according to Folio.

Scientists say that the embryo provides valuable data on how modern snakes evolved, as well as shedding light on the prehistoric environment. “The new species is the first Mesozoic snake to be found in a forested environment, indicating greater ecological diversity among early snakes than previously thought,” the researchers explain, in the study.

Snakes have been roaming the Earth for approximately 167 million years.

While a skull is not preserved, the remaining parts of the skeleton show “important similarities” to other snakes from the Cretaceous period in the prehistoric supercontinent of Gondwana, which later became part of Pangaea.

“We also describe a second amber specimen containing a large fragment of integument, possibly a piece of shed skin, considered here to be a snake and from a much larger animal,” the study explained. “These new snake remains add a significant biological component to an already diverse fauna of rare, small-bodied vertebrate fossils from the amber deposits of northeastern Myanmar.”

Snakes have been in the news recently, with scientists in Australia stumbling upon a new species of highly venomous snake.

A rare two-headed snake was also discovered in the backyard of a New Orleans family.