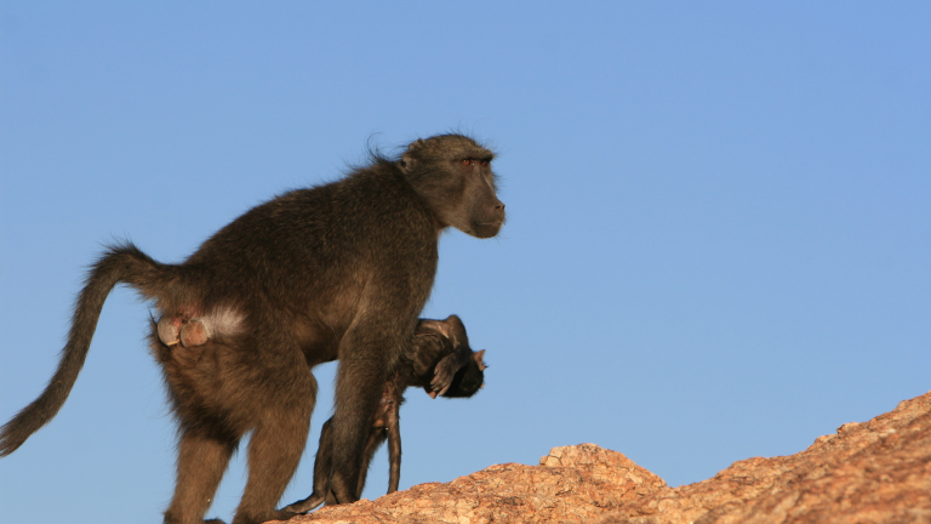 Baboon mothers living in the wild have been observed carrying their dead infants for as long as 10 days, according to scientists.

A new study by University College London and France’s Université de Montpellier analyzed 12 cases where baboons in the Namibian desert responded to infants’ deaths. The research, which focused on chacma baboons, spanned 13 years.

Anthropologists noted that baboon mothers carried their dead infants over different lengths of time, from one hour to 10 days. The average length of time was three to four days, they said.

A Namibian chacma baboon with a dead infant. (Alecia Carter)

“There are numerous hypotheses to explain primate responses to dead infants. Perhaps the strongest hypothesis is that carrying after death is an extension of nurturing behavior,” said the study’s lead author, Alecia Carter Ph.D., of UCL Anthropology and Université de Montpellier, in a statement. “We are not suggesting that the mothers are unaware that their infants are dead, but there is such strong selection on mother-infant bond formation that, once formed, the bond is difficult to break. It's less clear why only some mothers carry or protect their dead infant, but I suspect that a range of factors influence this behavior.”

ORCAS PASS AROUND CALF'S BODY IN MOURNING RITUAL ONE WEEK AFTER ITS DEATH, REPORT SAYS

Researchers think that the mothers’ behavior in these cases is most likely a form of “grief management.” Scientists also observed male “friends,” often the infant’s father, protecting the corpse.

The research is published in the journal Royal Society Open Science.

Other animals’ grieving processes have been in the spotlight in recent years. In 2018, a mourning orca mother in the Pacific Northwest garnered widespread attention when she carried her dead calf for 17 days.