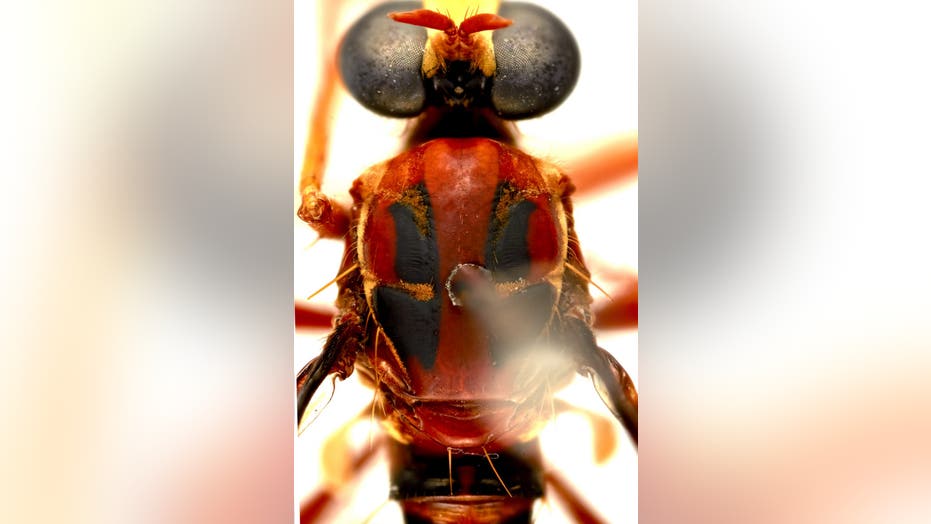 Perhaps Disney has found its next superhero movie franchise.

The five species were given the new nomenclature by Australia's federal science agency, CSIRO. CSIRO entomologist Dr. Bryan Lessard said naming the new flies was important, highlighting some of the character traits from the superheroes.

Deadpool fly (Humorolethalis sergius) has markings on its back that resemble Deadpool’s mask. (Credit: CSIRO)

Deadpool fly (Humorolethalis sergius) has markings on its back that resemble Deadpool’s mask. (Credit: CSIRO)

"Deadpool fly is an assassin with markings on its back that resembles Deadpool's mask," Dr. Lessard said in a statement. "We chose the name Humorolethalis sergius. It sounds like lethal humor and is derived from the Latin words humorosus, meaning wet or moist, and lethalis meaning dead."

The five flies are known as the following:

In addition to the assassin flies, the researchers named several new creatures.

These include two new fish, subspecies of birds and more than 150 insects, including a spider wasp, an insect that has venom "that could be useful for treating Alzheimer's disease and epilepsy," Dr. Juanita Rodriguez said.

The research was published in the scientific journal, Austral Entomology.