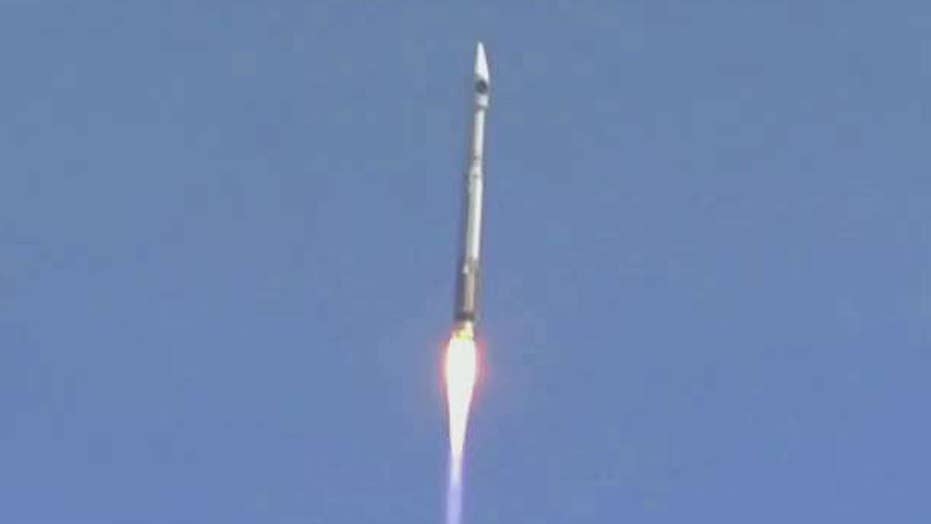 ULA's 71st Atlas V rocket is scheduled for launch at 11:11 a.m. EDT (1411 GMT) from Cape Canaveral Air Force Station in Florida. You can watch the liftoff live in a 360-degree view here, courtesy of NASA TV.

The rocket will be carrying Orbital ATK's seventh Cygnus cargo ship under a $3.1 billion, 10-flight contract with NASA through 2018.

Orbital ATK's own midsize launch vehicle, Antares, returned to flight last October following an accident in 2014, but this time the company and NASA opted for a hired ride aboard ULA's beefier Atlas V, which can carry more cargo into orbit.

Orbital ATK previously bought two Atlas V rides to the space station to fill a gap while Antares was retrofitted with new engines.

The Cygnus cargo ship, named after Mercury astronaut John Glenn, the first American to orbit Earth, will be carrying about 7,635 lbs. (3,463 kilograms) of food, supplies and science experiments to the station. That is about 660 lbs. (300 kg) more than what could be packed aboard for launch on an Antares, said Frank Culbertson, a former astronaut and president of Orbital ATK's Space Systems Group.

One experiment on board is a sophisticated new greenhouse that will be evaluated as a way to grow food for astronauts during long-duration stays in space. The Advanced Plant Habitat, which is about the size of a mini refrigerator, includes more than 180 sensors to measure temperature, oxygen content and moisture levels.

Initially, the chamber will be used to germinate and grow test samples of wheat and Arabidopsis , a small flowering plant. The first science experiments are planned for November.

Samples for several biomedical studies also will ride aboard the Cygnus, including an investigation to decrease the side effects of cancer-fighting chemotherapy drugs by incorporating antibodies that target only the diseased cells.

The capsule also is carrying 38 shoebox-size satellites called cubesats , four of which will remain on board the spacecraft and be deployed after it departs the station in July.

If Cygnus is launched as planned on Tuesday, it will linger in orbit until Saturday to allow time for a Russian Soyuz spacecraft, slated to lift off on Thursday with two new station crewmembers, to dock at the outpost.

Forecasters on Monday predicted a 90 percent chance the weather would be suitable for launch on Tuesday. The OA-7 mission has been on hold for a month due to a technical issue with the rocket's first-stage hydraulics.