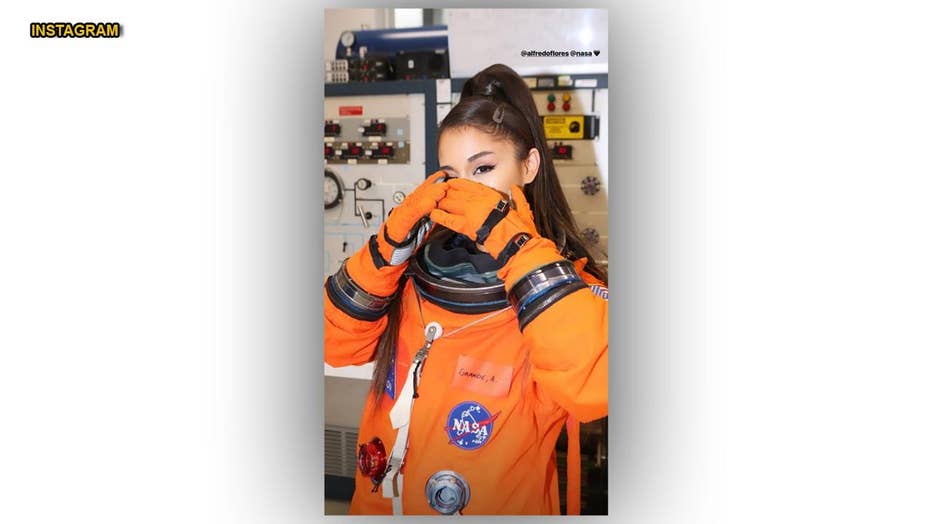 It's no secret that pop star Ariana Grande has a love for space, she even wrote an entire song about it. So NASA decided to give her the ultimate space-fan tour experience with a visit to Johnson Space Center this past weekend. The 'thank u, next' singer toured mission control during her visit, and even wore an actual spacesuit.

Ariana Grande wrote an entire song about her love for space, literal and metaphorical, and this weekend, she got the ultimate space-fan tour experience, visiting NASA's Johnson Space Center on May 18.

The visit came between Grande's May 17 show in San Antonio and her May 19 show in Houston. During her visit, she toured mission control and wore a spacesuit.

"My mind is still processing and devouring every second of what just happened, but I can't wait to share more," she wrote in an Instagram story about the tour, Teen Vogue reported. "What a special day and experience. Thank you so … much for your generosity and for showing my friends n I around."

The visit also prompted rumors that the singer was using the visit to film a new music video. That video would presumably be for her song "NASA," which Grande released in February on her album "thank u, next." The song begins with a remastered version of Neil Armstrong's famous line about setting foot on the moon and includes space-related lyrics such as "It's like I'm the universe and you'll be N-A-S-A" and "You know I'm a star/ Space, I'ma need space."

The pop star has a history of enthusiasm for space and NASA. She's been spotted wearing a sweatshirt with the agency's logo on it, and last year she tweeted about how beautiful she found a Juno spacecraft image of Jupiter — only to realize Neptune is also pretty photogenic. Photographs of Grande's current tour, which includes songs from "thank u, next," show the moon prominently featured in her set design.