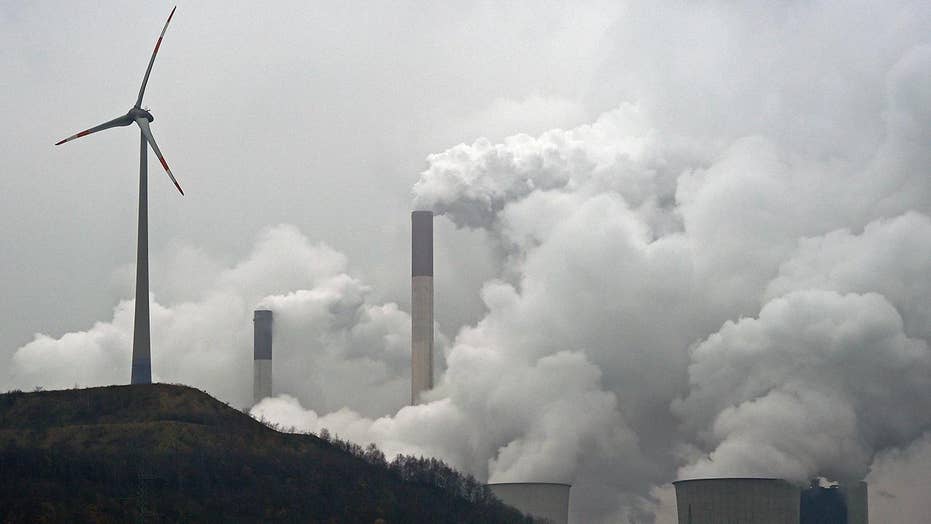 A new study by Australian researchers says that data on how sea levels are rising, relied upon by the United Nations, was adjusted upward in “arbitrary” ways.

Their study was published in the journal Earth Systems and Environment, and it calls into question adjusted official data showing steadily rising sea levels – which most scientists say is caused by manmade global warming. The adjustments are done by the Permanent Service for Mean Sea Level (PSMSL), which is funded by the United Kingdom government.

The top graph in the following image shows the unadjusted sea level data in Mumbai, India, where each color represents a different set of measurements at the same location. The bottom graph shows the adjusted data:

The study’s authors say this is evidence that the adjustments are biased.

“The adjustments are always in the direction of increasing the alarm,” one of the study authors, Clifford Ollier, told Fox News. Ollier is a geologist and honorary research fellow at the University of Western Australia.

“If the raw data show no alarming rise, and you want to create an alarm, you have to alter the raw data,” he said.

The PSMSL did not immediately respond for a request for comment, but other scientists were critical of the study for citing too few locations and for being published in a low-tier journal.

“I have some major concerns about the credibility of this study,” Kristina Dahl, a scientist with the Union of Concerned Scientists, told Fox News.

“It is very unusually written. ... This paper also appears to have been published just one month after being received by the journal, which is an astoundingly short time that calls into question the quality of the peer-review process.”

The adjustments are always in the direction of increasing the alarm.

The journal that published it is based in Saudi Arabia and is associated with King Abdulaziz University. It just started operating this year.

“This specific journal is new but well above average,” said Albert Parker, one of the co-authors – a retired scientist and former automotive engineer who has written many papers on sea levels and also goes by the name Alberto Boretti.

The authors say critics should evaluate the strength of their arguments rather than credentials or the publisher’s prestige.

“If anybody wants to argue, they must argue with the facts; the place of publication is irrelevant,” Ollier said.

Regarding the facts, Dahl says that the major data adjustments done by British researchers are understandable, given that the locations examined by the study had spotty measurement records spanning different measurement gauges.

“There is a complete lack of measurements [in Aden, Yemen] between 1970 and 2010. ... In cases such as this, researchers have to try to fit the different data chunks together like pieces of a puzzle. You can imagine how difficult it is to infer long-term trends over the past 100 years when 40 years of data are missing.”

She says other studies agree with the PSMSL adjustments: “At least one study using [approximately] 20 gauges in the northern Indian Ocean, for example, found that regional sea level rise rates were on par with the global average.”

Sea level change varies a lot around the world. The U.N., relying in part on data from PSMSL, reports that worldwide sea levels rose over the last two decades by about a foot per century. However, the U.N. notes that some parts of the world, such as the coast of California, saw sea levels fall.

Ollier and Parker say their study calls into question the accuracy of the established estimates on sea level rise, because the PSMSL and the U.N. say sea levels are rising in the Indian Ocean despite raw data like that in the image pictured above.

Ollier agrees with the U.N. that world sea levels are rising on average, but thinks it is rising only half as fast (about half a foot per century), and says it might not be due to manmade climate change.

Maxim Lott can be reached on Twitter at @maximlott