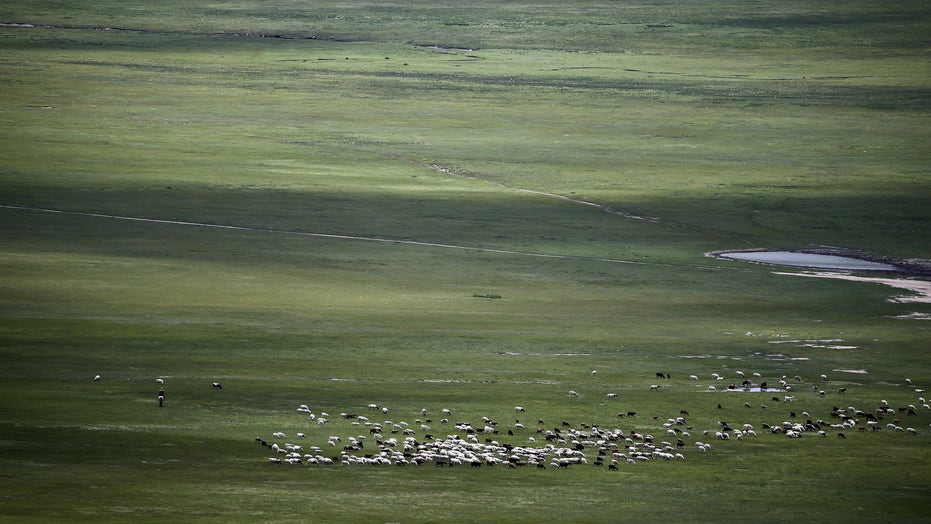 Ancient Mongolian kingdoms might have been more sophisticated than previously believed, a new study claims.

A paper presented in the journal Scientific Reports shows evidence that their diets relied extensively on millet, a type of small-seeded grass, which indicates more complex economies that developed, in part, because they were able to maintain reliable food surpluses.

“Mongolia’s past empires have long been portrayed as groups of violent horseback riders thought to be exceptions to the established ideals of what makes an ‘empire’,” lead author Shevan Wilkin from the Max Planck Institute in Germany told Cosmos.

Wilkin and his team analyzed fragmented teeth and rib bones of 137 previously excavated individuals who lived 4500 BCE to about 1300 AD in order to gain a better understanding of how their diets evolved over time.

A wide view of shepherd grazing sheep and goat at a steppe in Khentii, Mongolia on August 14, 2019. (Getty Images)

Animal products seem to have featured heavily on the menu of most people, with very little plant food, prior to the Bronze Age, according to the study's findings.

However, the scientists found strong evidence of more diverse diets that did include significant consumption of millet or millet-based foods during the rise of the Xiongnu and Mongol empires.

“Instead of being starkly different to other empires around the world,” explained Wilkin in Cosmost, “this suggests that grain surpluses were also important to the Mongolian Empires that were seeking to support expanding territories and populations.”