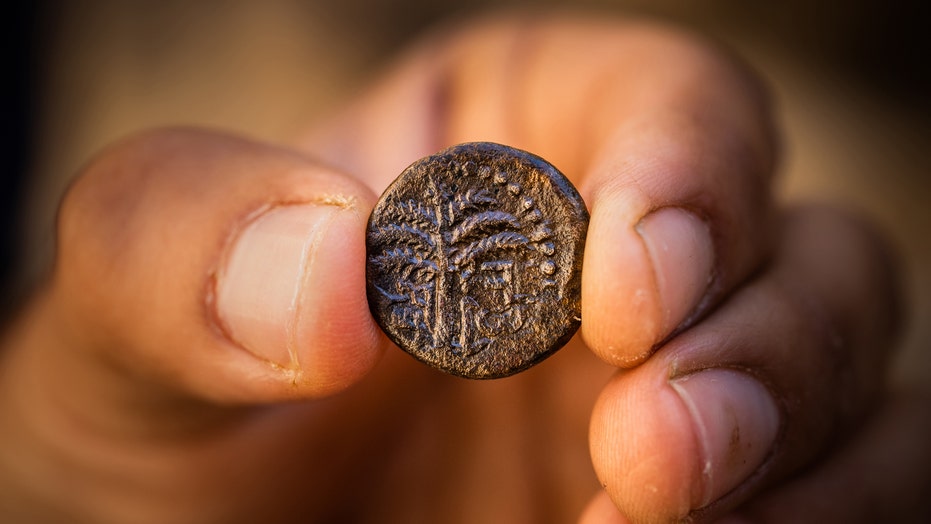 A rare coin from an ancient Jewish revolt against the Roman Empire has been discovered in Jerusalem.

The Bar Kokhba revolt, which lasted about five years, took place around 132 C.E. (Common Era) or A.D., according to the Israel Antiquities Authority.

"It is possible that a Roman soldier from the Tenth Legion found the coin during one of the battles across the country and brought it to their camp in Jerusalem as a souvenir," said the Israel Antiquities Authority in a statement.

Bar Kokhba revolt coin inscribed with the word "Jerusalem" and a picture of a date palm. (Photo: Koby Harati, City of David Archive)

The Bar Kokhba revolt failed in its attempt to liberate the ancient province of Judea and the city of Jerusalem from Roman occupation.

In 2018, a trove of bronze coins, the last remnants of an earlier ancient Jewish revolt against the Roman Empire, was discovered near the Temple Mount in Jerusalem.

The Bar Kokhba revolt coin inscribed with the words "Return to Israel" with a cluster of grapes in the center. (Photo: Koby Harati, City of David Archive)

The coins were left behind by people hiding in a large cave between 66 A.D. and 70 A.D. The tumultuous four-year period spanned the Roman siege of Jerusalem to the destruction of the Second Temple and the city.