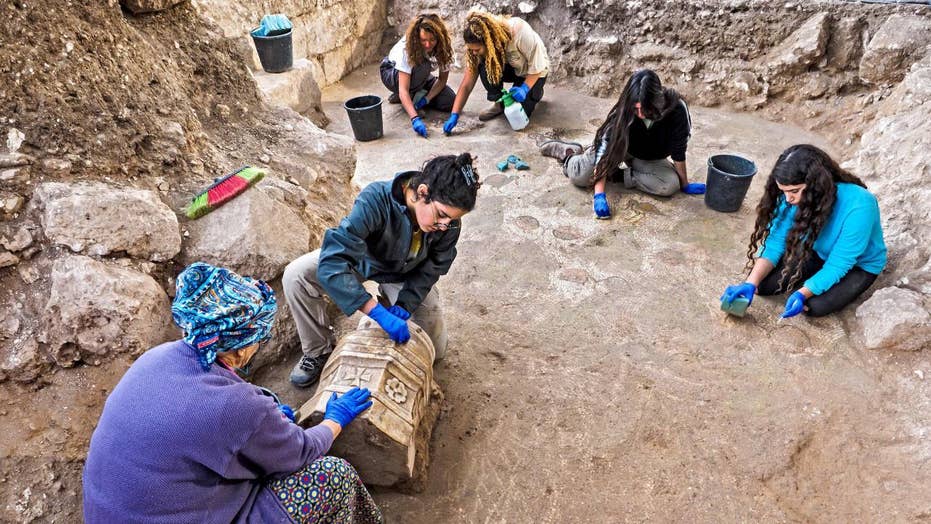 Artifacts uncovered in a 1,500 year-old monastery and church were discovered during large-scale excavations in Beit Shemesh, Israel.

Teenage volunteers in Israel are helping archaeologists uncover the incredible remains of a Byzantine monastery and church.

Impressive mosaic floors have been found at the site in Beit Shemesh near Jerusalem. Over 1,000 teenagers are participating in the excavation, which is being conducted by the Israel Antiquities Authority.

“We were surprised by the wonderful state of preservation of the ancient remains, and the richness of the finds being uncovered,” said Benyamin Storchan, director of the excavations for the Israel Antiquities Authority, in a statement. “The artifacts found in the large building, which seems to be a monastic compound, may indicate that the site was important and perhaps a center for ancient pilgrims in the Judean Shephelah region.”

The excavation has already revealed a marble pillar base decorated with crosses and marble window screens. “The marble artifacts were brought from the region of Turkey and further inland by wagon,” explained Storchan.

In one of the rooms, researchers uncovered a beautiful mosaic floor decorated with birds, leafs and pomegranates.

The monastery was abandoned in the 7th century A.D. for unknown reasons.

Experts say that only a small part of the monastery has been uncovered.

The monastery and church are the latest in a series of fascinating archaeological finds in Israel. Archaeologists, for example, recently used a drone to locate a mysterious ancient structure in the heart of an Israeli military training area.

In October, archaeologists in Jerusalem announced that they have uncovered a new section of the Western Wall that has been hidden for 1,700 years.