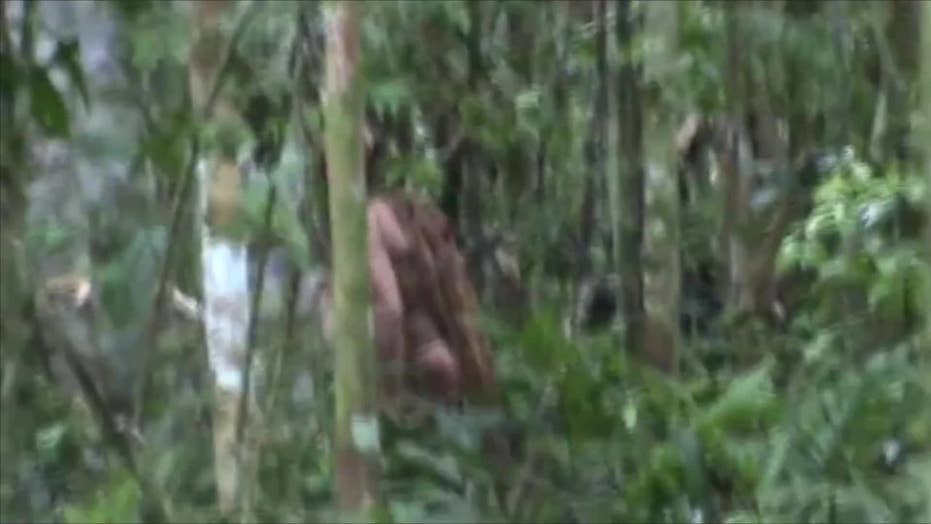 Video of the last surviving member of an uncontacted indigenous tribe in Brazil goes viral. The last survivor has been tracked for the past 22 years by the Brazilian government’s Indian Affairs department.

Extremely rare video footage captured in the Amazon shows the last surviving member of an uncontacted tribe that was massacred in 1995.

FUNAI, the Brazilian government’s Indian Affairs department, released the video of the man in Tanaru, a remote indigenous territory in Brazil’s Rondônia state. The territory covers just over 8,000 hectares.

The indigenous people of Tanaru have been forced from their land and subjected to a series of brutal attacks by gunmen likely hired by colonists and ranchers. “In the 1980s, disorderly colonization, the establishment of farms and illegal logging in Rondônia led to repeated attacks on the isolated indigenous peoples who had lived there,” explained FUNAI, in a statement.

By the mid-1990s, only six people were left in the man’s tribe, according to officials. The man caught on camera is the sole survivor of a vicious attack that killed the remaining five members of his tribe in 1995.

FUNAI confirmed the man’s presence in 1996, but has been respecting his desire to avoid contact with mainstream society. Nonetheless, officials have spent the last 22 years monitoring the survivor’s territory to ensure that it remains protected. The last attempt to contact the man occurred in 2005, they said. Since then, a few tools and seeds for planting have been left in locations that he often passes.

File photo - The man's house and a garden where he grows vegetables. (Survival International)

Dubbed “the world’s loneliest man,” the solitary figure is also known as “the Indian of the hole,” according to FUNAI, on account of the stave-filled holes he digs to trap animals.

“Footage like this is vital in the ongoing struggle to protect uncontacted peoples, who are the most vulnerable peoples on the planet,” said tribal advocacy group Survival International, in a statement.

Despite an attack by gunmen in 2009, Survival International says that the man in the video has survived thanks to FUNAI’s enforcement of the legal order protecting his territory.

File photo - One of the holes dug by the man. (Survival International)

However, this protection is under threat because FUNAI’s budget has been severely slashed, according to the advocacy group.

With Brazil’s presidential elections scheduled for October, the video’s release may well have been timed to keep the issue of the country’s indigenous people in the political spotlight.

Fiona Watson, Survival International’s advocacy director, joined a Brazilian government monitoring mission to Tanaru in 2005, “It was absolutely not to make contact,” she told Fox News.

Watson, however, she did see evidence of the man’s life in his “tiny pocket of rainforest.”

In addition to his huts, Watson saw the gardens that the man had built throughout the forest, where he was growing corn, bananas, papaya and manioc (cassava or yucca). She also saw the holes, up 6.5 feet deep, which he uses to catch animals. He also digs holes to hide in.

File photo - Resin torch and stake made by the man, found by FUNAI in his house, Tanaru territory, Rondônia state, Brazil, 2005. © Fiona Watson/Survival

Given that indigenous people often hunt in groups, Watson thinks that the hunting holes highlight the resourceful nature of someone surviving on their own. “I think it does show that he has got tremendous resilience,” she said.

Watson described Tanaru as a “peaceful” stretch of forest. “You can hear the birds and the animals,” she said. “Clearly, he has managed to carve out his life there.”

Despite his lonely existence, the man in the video looks healthy. “One of the interesting things in the video is that he appears to be in good health,” she added. While very little is known about the man, Watson thinks that he may be in his early fifties.

Nonetheless, the man faces multiple threats to his existence. In addition to potential violence, uncontacted people lack immunity to common diseases such as influenza, which can devastate entire communities.

WORLD'S TALLEST TROPICAL TREE IS TALLER THAN THE STATUE OF LIBERTY

FUNAI says that it has evidence of 107 isolated Indian groups within the Amazon.

In 2016, incredible aerial images were released showing an uncontacted tribe that experts warn could be in danger of being wiped out.

The photos revealed a village in northern Brazil’s remote Yanomami indigenous territory that is estimated to be home to around 100 people.

In the same year, photos emerged of tribespeople living deep in the rainforest of the western Brazilian state of Acre.