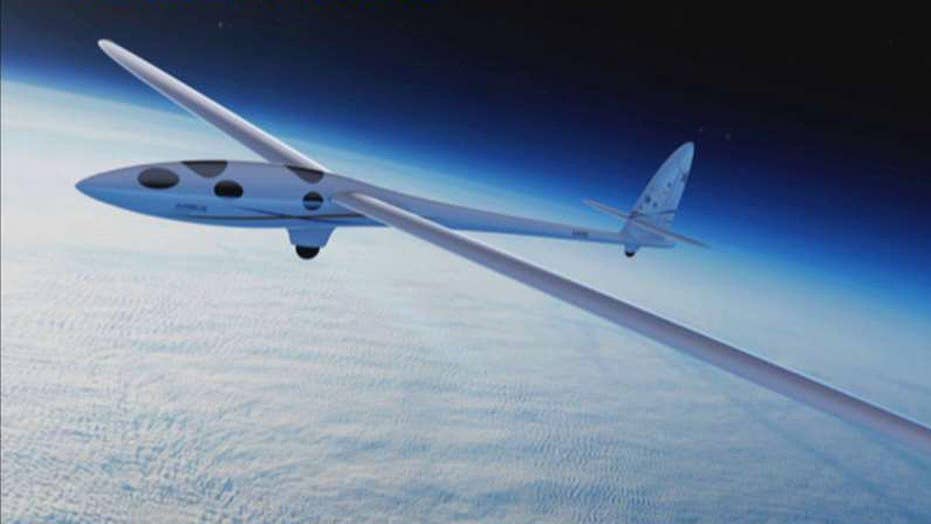 It’s been 40 years since an American spy plane, the Lockheed SR-71 “Blackbird,” flew 85,069 feet above the surface of the earth, setting a record for sustained altitude that stands today.

But records are made to be broken, and it looks like the Blackbird’s is about to fall.

A new aircraft, the Airbus Perlan 2, is expected to be soaring soon at an altitude of 90,000 feet – 17 miles above the earth, nearly a full mile above the Blackbird’s record – where the temperature is 94 degrees below zero and the air pressure is less than 2 percent of what it is at sea level, almost as thin as the atmosphere on Mars.

Related: Solar plane lands in Arizona on latest leg of around the world flight

But, unlike the Blackbird, a powerful beast that also holds the absolute speed record of 2,193.2 miles per hour – more than three times the speed of sound – the Perlan 2 will achieve speeds of only about 400 mph.

That’s because it has no engine.

The Perlan 2 is a glider – a pressurized sailplane that weighs less than a ton, has an 85-foot wingspan and is powered by air currents alone. Though it is designed to carry a pilot and co-pilot most efficiently at 50,000 feet, its designers plan to take it to 90,000 feet to explore the science of giant mountain waves that help create the ozone hole.

It took its first step in that direction last September in Redmond, Ore., when it completed its maiden flight. It took another step in Minden, Nev., on Saturday when Airbus CEO Tom Enders co-piloted the glider and was briefed on its pressurization and life support systems.

“Experiencing the Perlan 2 glider in flight was truly remarkable,” said Enders. “Airbus Perlan Mission II is all about pushing the boundaries of innovation, refining our understanding of our environment and climate change and inspiring a new generation of aerospace pioneers. We’re honored to see this dedicated team of volunteers carry our name on a journey that will eventually take them to the edge of space.”

To reach high altitudes without an engine, gliders ride upward-moving waves that form on the lee side of mountains when winds cross perpendicularly over a mountain range. The Perlan 2 will also use “stratospheric mountain waves” that are created by winds in the Polar Vortex.

The Perlan team will soon be relocating to the Patagonia area of Argentina, where they expect conditions will enable them to take the glider to record heights later this year.