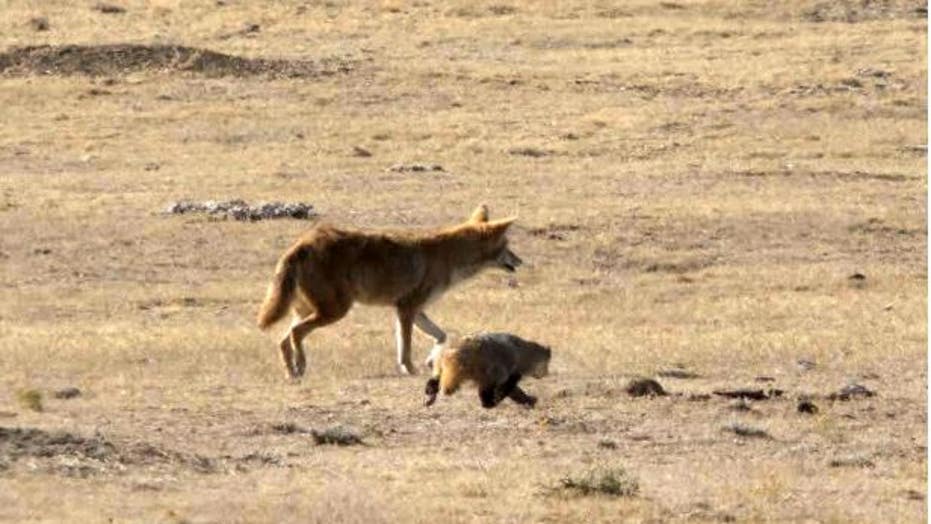 If only Wile E. Coyote had a partner in crime against the roadrunner.

A coyote and badger were caught on camera using a culvert to cross under a California highway together, in what was described as rare footage and a first for the area, according to a post on Tuesday by the Peninsula Open Space Trust (POST).

The video, believed to have been taken in November, shows the coyote prancing while waiting for his badger friend to catch up -- before they both ventured into the pipe.

"Have you seen the adorable video of the coyote and badger we recently caught on camera? Though scientific studies and Native American records show that coyotes and badgers have been known to hunt together, this is the first documentation (that we know of) showing a coyote and badger using a human-made structure to travel together safely," POST said.

The organization said it's easier for the two animals to catch their prey when hunting together, although they added it was surprising to see them moving through a small tunnel while playing.

Badgers spend most of their time underground so it's rare to see them out in the open, let alone hanging out with a coyote, POST said.

The video was captured by one of those cameras as they researched how wildlife interacted with major roadways that surround the area, the organization said.

"With the information we’re collecting from this research, we are building a robust data set to identify the areas where wildlife can safely move across roadways, as well as the areas that need to be enhanced for safer crossing," POST said.