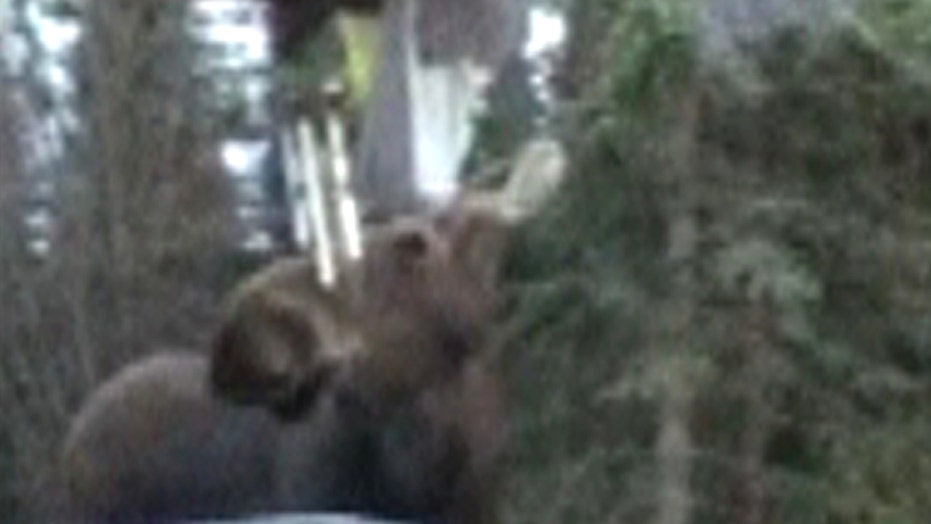 Britta Schroeder shot video of a moose playing one-part harmony with the wind chimes on the porch of her rural cabin near Denali National Park and Preserve, and it's quickly making its way across the Internet.

Schroeder heard the chimes around 10:30 p.m. May 4. She looked out the window of her home near Healy, Alaska, about 10 miles north of the park's entrance, but it didn't look windy.

The chimes continued to sound for two to three more minutes. Then she heard a thump on her porch.

Sure enough, there was a moose, rubbing its head against the wind chimes and gumming the glass disc pendulum that hangs down from the middle of the instrument.

She opened the door of her cabin wide enough to get her cellphone through to shoot video but still keep her dog inside.

Schroeder said a cow and two moose calves had spent some time near her cabin since last summer but she had not seen the family since March. She assumes the mother has kicked the calves out, and this one returned to her yard.

As for the "moose-ical" interlude, Schroeder isn't going to venture a guess as to what attracted the moose to the wind chimes.

Apparently even moose live by the adage that it isn't a party until something is broken. The animal probably left after it snapped the wooden base of the chimes in half, Schroeder said. A little glue made it good as new.