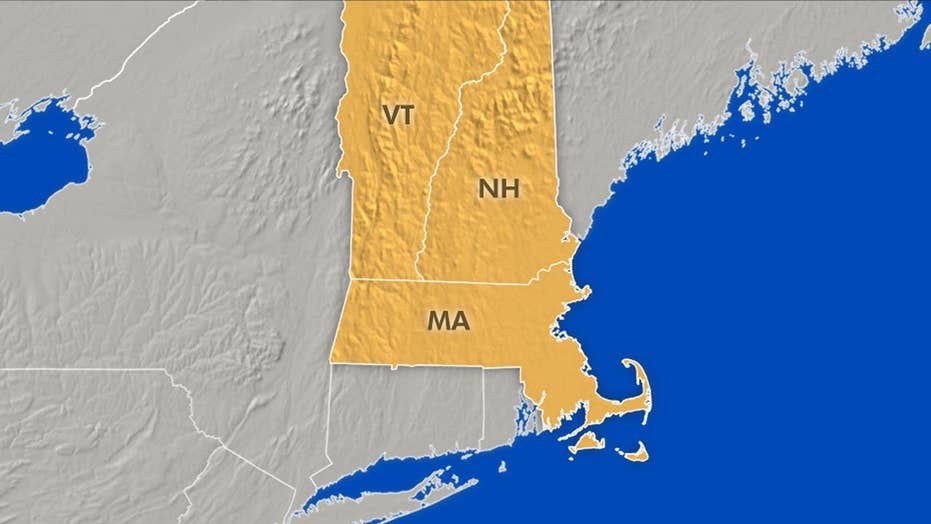 A new supervolcano is brewing under New England

A huge mass of molten rock is creeping upwards beneath the Massachusetts, Vermont and New Hampshire, and has been gradually making itself known to geologists. The idea that there may be a super volcano brewing under the nation's north eastern states is something of a surprise.

Something unexpected has been gradually making itself known to geologists in the United States. A huge mass of molten rock is creeping upwards beneath the nation’s north eastern states.

“The upwelling we detected is like a hot-air balloon, and we infer that something is rising up through the deeper part of our planet under New England,” says Rutgers University geophysicist Professor Vadim Levin.

Traces of the brooding mass only became evident through a large-scale new seismic study.

The idea that there may be a super volcano brewing under Massachusetts, Vermont and New Hampshire is something of a surprise.

“Our study challenges the established notion of how the continents on which we live behave,” Professor Levin says. “It challenges the textbook concepts taught in introductory geology classes.”

The region is geologically stable. There are no active volcanoes.

So the massive magma build-up must be a relatively recent event.

But, in the timescale of Earth’s geological processes, this still means tens of millions of years.

“It will likely take millions of years for the upwelling to get where it’s going,” Professor Levin explains. “The next step is to try to understand how exactly it’s happening.”

Something strange had been noted about the region earlier. Somewhere down there was an anomaly hundreds of degrees Celsius hotter than its surroundings.

The new study has helped identify the molten blob as being centred under Vermont, with parts of western New Hampshire and western Massachusets also within its embrace.

“It is not Yellowstone-like, but it’s a distant relative,” Professor Levin says.

As to whether-or-not the magma bubble will eventually eek its way to the surface is unknown.

“Maybe it didn’t have time yet, or maybe it is too small and will never make it,” Professor Levin told National Geographic.

“Come back in 50 million years, and we’ll see what happens.”