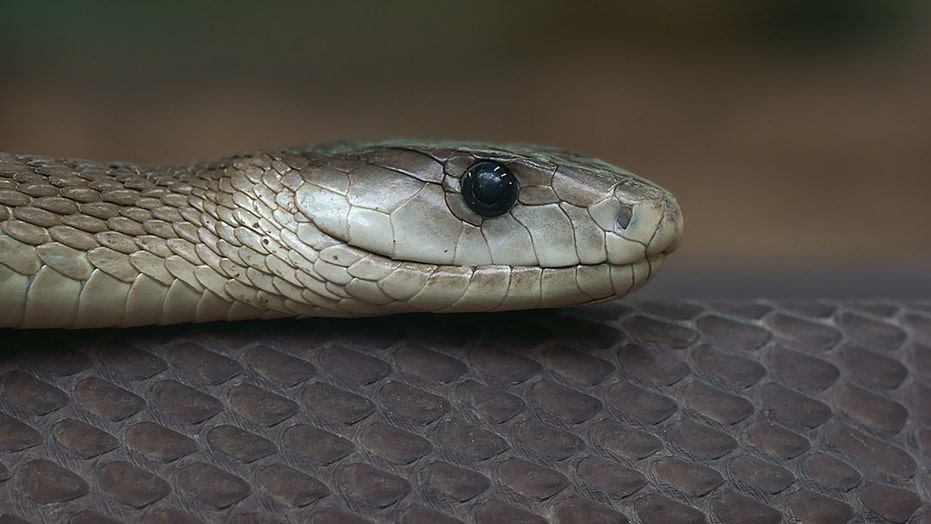 An almost-7-foot snake slithered into an Oklahoma man’s dryer vent earlier this week.

Wayne Melvin, from Yukon, Okla., saw the snake in his backyard and watched the reptile go into the vent leading into his home.

“It went from the gate, all the way through the A/C unit and we saw it up in the dryer vent, going inside,” Melvin told KFOR.

ESCAPED PET SNAKE FOUND IN NEIGHBOR’S WASHING MACHINE IN ILLINOIS: ‘I WAS TOTALLY CREEPED OUT’

Melvin said he quickly pulled out the dryer and took it apart, saying: “We didn’t want it in the house.”

Fortunately, the snake didn’t get that far. It actually tried to get back out where it had come from, KFOR reported.

"The only thing that was sticking out the next time was the head,” Melvin said. “And I'm not gonna try to grab that.”

Melvin took a picture of the snake’s head sticking out of the dryer vent and posted it on Facebook Tuesday night.

“This damn thing scared the sh$@ out of me when I opened the back door. He was already going inside the dryer exhaust. Patiently waiting. I can hear the crocodile hunter in my head,” he captioned the photo.

Because the snake was already on its way out of the vent, Melvin decided not to call a pest control company, KFOR reported.

“We gave it a little bit of time to come out naturally instead of hurting or killing it,” he told the news outlet.

Wayne Melvin, from Yukon, Okla., saw a snake in his backyard that slithered into his dryer vent. Thankfully, the snake didn't get into his house. (Stock image) (iStock)

Once the snake left the vent, Melvin put on gloves and took the snake to the creek behind his house, according to the outlet. Even though he’s seen snakes before, Melvin said he hadn’t had one come so close to home.

“It scared me,” Melvin told KFOR. “It was definitely a different location. Normally you find them hidden in very obvious locations. Not your dryer vent.”